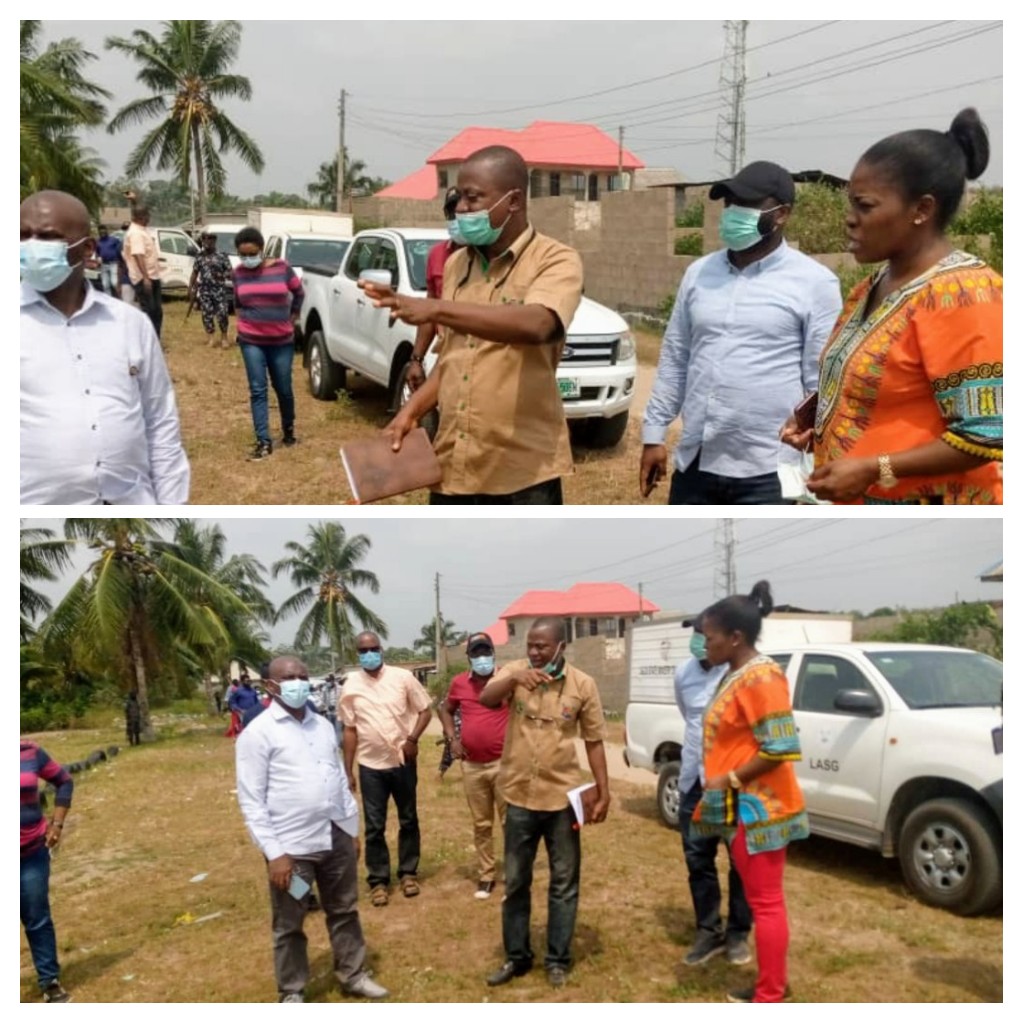 The State Commissioner for Agriculture, Ms. Abisola Olusanya, on Thursday, led a team from the Ministry on an official visit to the proposed site of the 10,000 MTPA Coconut Husk Processing Factory (Coconut House), Badagry.

Ms. Olusanya, stated that the purpose of the visit was to ensure that the area is ready for the commencement of the project scheduled to begin in April 2021, through a Public-Private Partnership (PPP) initiative with P.M.G. Coconut Industry Limited.

The Commissioner explained that the concept behind the proposed establishment of the 10,000 MTPA Coconut Husk Processing Factory is to create wealth and employment opportunities for the teeming population of the State through the utilisation of the coconut husks.

She, however, directed that the Lagos State Coconut Development Authority (LASCODA) should erect a fence round the proposed site to prevent encroachment before the scheduled take-off of the project in the next few months.

The General Manager of LASCODA, Mr. Dapo Olakulehin, declared the readiness of the Agency for the commencement of the project in collaboration with P.M.G. Coconut Industry Limited.

He stressed that within the first two years of operation, the factory is expected to generate high income from operations to boost the Internally Generated Revenue (IGR) of the State.

He noted that, on completion, the Coconut Husk Factory will provide 260 direct and 3500 indirect employment opportunities for Lagosians.

Olakulehin emphasised that the project will substantially enhance the infrastructural development of the host community and improve the livelihood of the residents.