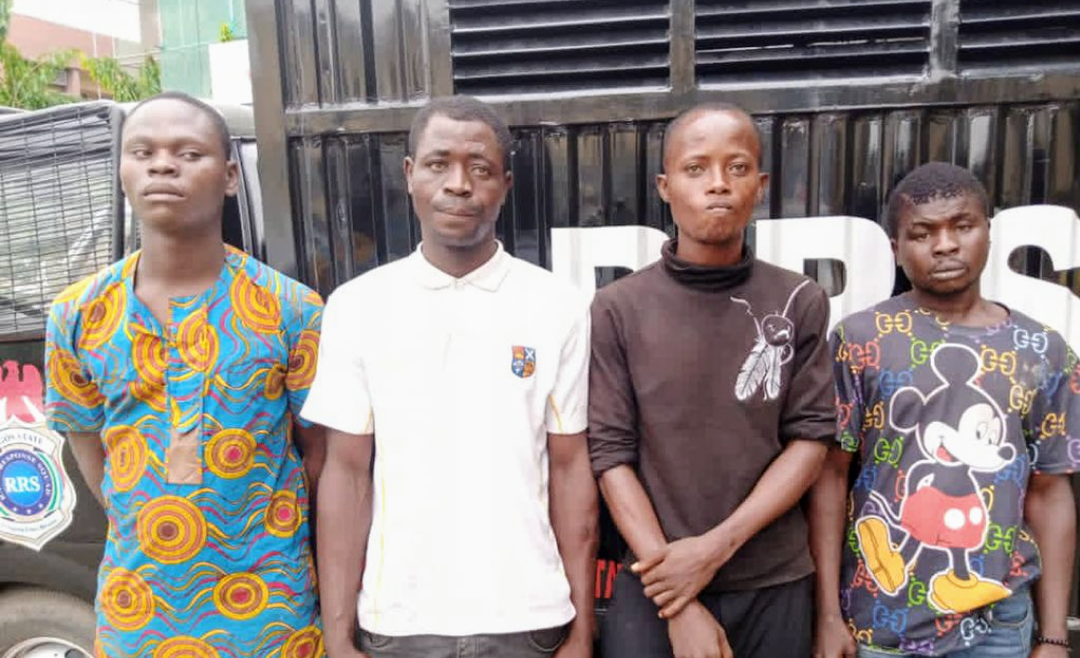 The operatives of the Rapid Response Squad early hour on Thursday (25/03/2021) nabbed another 4 notorious traffic robbers around Abiola Garden area of Ojota, Lagos.

The Commander CSP Olayinka Egbeyemi disclosed that these 4 notorious traffic robbers were arrested by the surveillance team of the Agency.

Egbeyemi disclosed further that the surveillance team of the Agency were deployed to monitor the entire ikorodu road axis in reaction to series of complaints of early morning robbery attacks by motorists including residents around Owode Onirin, Mike 12, Ketu down to Ojota axis.

According to Commander RRS “our surveillance team pretended as if their vehicle had mechanical problem early morning (6:30am) beside ‘Abiola Garden’ within 5 minutes these criminals came out with dangerous weapons demanding for their wallets and other valuables before they were all apprehended”

One of the arrested notorious traffic robber Abdulahi Olalere a.k.a ‘Orobo’ confessed to belong to a robbery gang that specializes in attacking and robbing innocent motorists of their belongings in the early hour along Ikorodu Road.

He confirmed that his gang was responsible for early morning robbery attacked on innocent motorists around China Town and tipper garage by Ketu area of Ikorodu Road on Tuesday, 26th of March, 2021).

Investigation revealed that Abdulahi Olalere a.k.a ‘Orobo’ was recently released from one of ‘Correctional Center’ where he served 6 months jailed term for same robbery incidents last year.