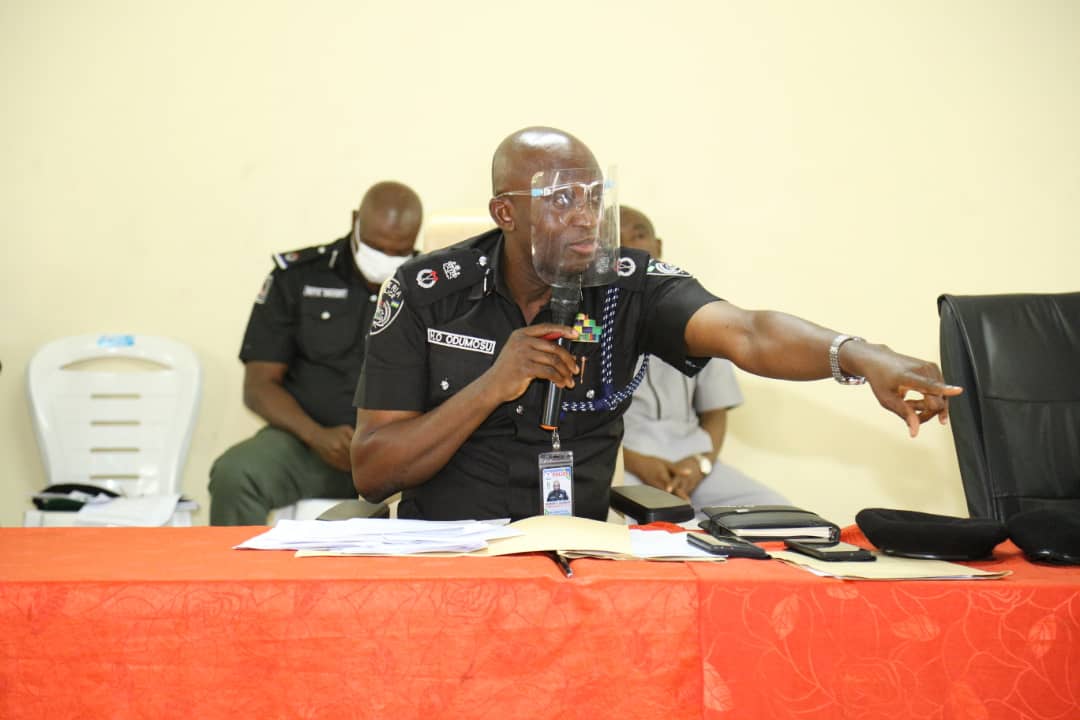 The Commissioner of Police, Lagos State, CP Hakeem Odumosu, has addressed officers of the command on the new Acting Inspector-General of Police, IGP Usman Alkali Baba, fdc, vision and 12 point agenda to reposition the police with a view to restoring police primacy in the international security architecture of the country.

The Commissioner of Police, at the conference held in the POWA Hall, Oduduwa Ikeja, today Monday 19th April, 2021, emphasised on the vision statement of the acting Inspector-General of Police and his 12 point agenda including immediate dismantling of road blocks across the federation, immediate withdrawal of officers attached to private citizens and deduction of court awarded damages from the salary of any officer found to have abused human rights.

The conference had in attendance the management team of the command, fourteen (14) Area Commnaders, One Hundred and ten (110) Divisional Police Officers, Commanders Police Mobile Force in Lagos and the Heads of Departments in the state. The Commissioner of Police warned against any act of lawlessness, professional misconduct, misuse of power, indecent dressing, gross violation of human rights, and any act unbecoming of an officer of the Nigeria Police Force.

The police boss urged officers and men of the command to discharge their duties and behave religiously in accordance with the vision statement of the acting Inspector-General of Police as the command will not condone any act which is at variance with the IGP’s agenda for repositioning the Nigeria Police.