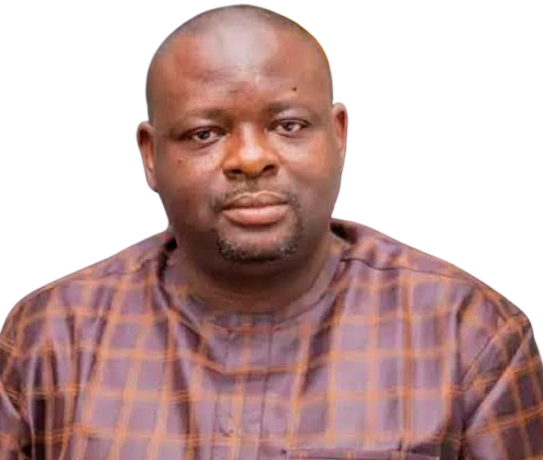 Mr. Chairman Sir, I had an encounter with you only twice. Even before your election, I was never opportune to meet you. I was only seeing you on posters. When I finally met with you, I could remember vividly that you implored me to always write my opinions on your administrations to you directly.

For record, the two times I met you were based on your quest to see me, and I obliged to your calls to show respect to a constituted authority. Do not be confused, this open letter is written for a purpose.

So, I am sorry if I disappoint you by making it open. I will be short, succinct and direct, this time. To start with, I will like to commend you for being brave, and triumphed through the storms obvious to many before your election that ushered you in as the Chairman, Igbogbo-Baiyeku Local Council Development Area (IBLCDA), and during your tenure.

This achievement has made me realized that with steadfastness and focus, what cannot be achieved has not been imagined, and it has taken us a step ahead as youths of this town, Igbogbo.

This is because your emergence has paved wave for youths in political arena in Igbogbo, even though this was new to us as at the time you came in. We were used to older men steering the wheel of the council. The salient question here however is “what positive impact have you made as a youth-Chairman”?
Mr. Chairman Sir, I wrote an open Letter to you in 2017, months after you were sworn in as the chairman.

I discussed some pressing issues which many people agreed with me to be our challenges as LCDA. Before your emergence, I met with two immediate past consecutive chairmen based on my quest to meet them to discuss some of the highlighted issues with them, we discussed at length and they made me understand how they were trying very hard to meet up in achieving them.

However, you are the first executive chairman that invited me for a discourse. If that’s how you do, what more could be defined as social inclusiveness?
In my first open letter to you, I mentioned how absence of growth will restrict developmental processes.

I stated their indices, and how they are relative by society and ideologies of leaders. I advised you to build your economic team outside the “Revenue Team”. I also suggested that you should focus on roads (even though you have limited influence on new constructions, but on rehabilitation and maintenance), security and traffic management.

Finally, I opined that you should focus on traders, the out-of-school youths, transporters and students.

Now that your tenure is elapsing, there is need to publicly write this letter to access your performance based on information opened to me. Before I begin, it is important to mention that your efforts in repositioning the structure of IBLCDA building into a modern state is commendable, even though it was not part of what I considered pertinent in my first letter.

The council’s edifice is one of its kinds, even when many LCDAs have achieved theirs many years ago, including Otto-Awori LCDA, Itire-Ikate LCDA, Ajeromi-Ifelodun LCDA to mention a few.

That you are able to accomplish it in your tenure without flimsy excuse is a great achievement to your portfolio.
On roads, which I stated in my first letter on which you have little influence, I am acquainted with this. You built some alternative roads, but people are concerned about dilapidated major roads including Baiyeku road.

However, concerning Igbe road, I understand that your good relationship with Hon. Babajimi Benson made possible the construction of Igbe road because I am fully aware of socio-political relationship of jurisdictional politicians as it affects infrastructural development.
Many local government Areas fail to build this relationship based on their orientation, and this affects their results.

On economic team, I am unequivocally stating that lovers of this LCDA are not convinced with the results so far. Are you aware that people are not informed of any economic team created by your administration? Not only that, I particularly was shocked when I saw names of people that constituted the economic team. We cannot continue to live in the past, relying on these aged when clearly young chaps are amongst us.

There are many areas opened to tap revenue from, and these areas are for the economic team to establish – including farming, fishery, and sand dredging. If the economic team was provided with resources needed, and made public for everyone to know, but could not produce result afterwards, then we should not expect soothsayer to tell us that they lack the quality as a team.

I also opined you focus on out-of-school youths, traders, transporters and students. Here rested my great concern.
Even though I was not specific, engagement of out-of-school students is inevitable to avoid continuous breakdown of values, and reduction of social vices so that these set of people could be useful to themselves and their people. You built a befitting modern market for the traders.

Could the same set of traders previously occupied the market before its transformation still be the new occupants. I understand why it could not be so, Really, but the set of traders I referred to in my first letter are the small scale retail traders who would possibly be disenfranchised or denied to have access due to its non affordability.

Mr. Chairman Sir, let me talk about the election. Even though people are agitating, I remind them of few things. The summary of it all is that “No Chairman in the history of 1BLCDA has performed up to your standard. You have laid a good example for those coming after you”.

Some people are only referring to the council’s edifice and the modern market you built to give you a pass mark for a second term. This is not totally true.

In fact, it is far from it, although these indices stand as part of indices to measure your performance. Is it that people do not see Local Joint tax force, alternative roads built, construction of LG primary school at Igbe Laara, vehicles presented to the traditional rulers in the LCDA, construction, commissioning of Mopol 63 base, and other project embarked upon by your administration?

There was a time in this LCDA that we hardly knew we had local council. It was that bad. This is not to say you have done the expected best, but to also call your attention to the people’s agitation, that social inclusiveness in your administration was lacking, roads are dilapidated under your watch, internal
revenue is not increasing while you largely depend on allocations.