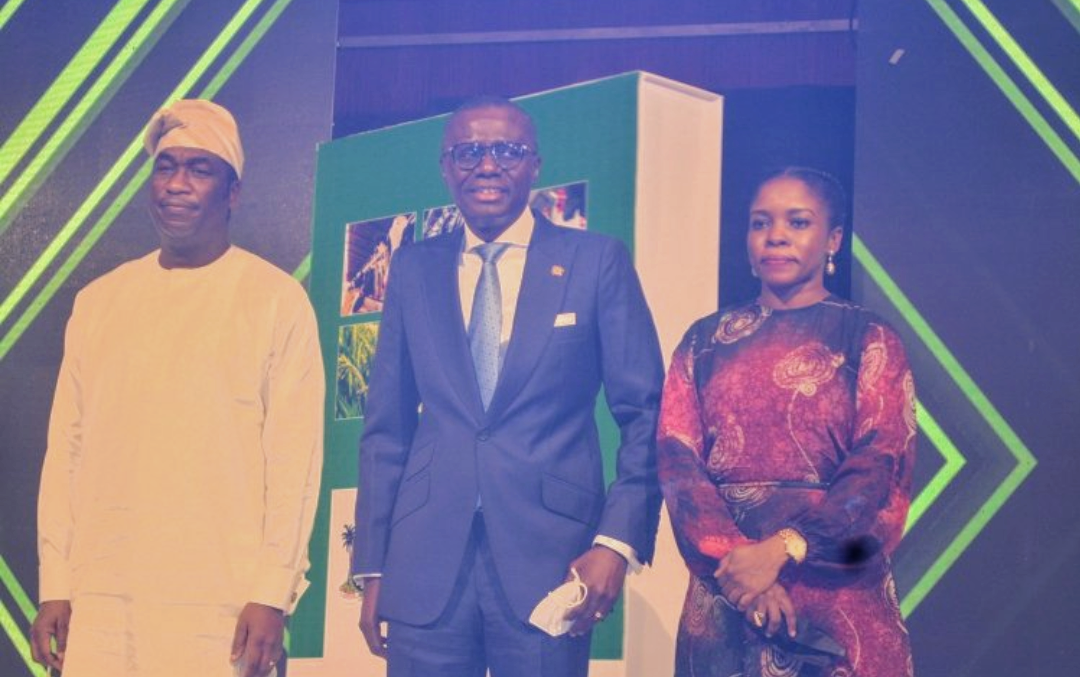 Lagos State Governor, Mr. Babajide Sanwo-Olu has projected that the total investments in the agriculture sector in the State would run to $10B in the next five years with the formal launch of the State 5-year Agricultural and Food Systems Roadmap.

Sanwo-Olu however added that most of the investments would be private sector-driven while the government would act as the catalyst and enabler. He noted that the State could no longer afford to rely exclusively on other States for its food adding that it was time for the State to unlock its immeasurable agricultural potential through the implementation of the 5-year roadmap.

Governor Sanwo-Olu opined that the roadmap would also lead to wealth generation, value creation, food security, the industrialization of the agricultural sector and the entrenchment of inclusive socio-economic development of the State.

According to him, the Roadmap essentially focuses on three pillars which are the growth of the upstream sector, growth of the midstream and downstream sectors as well as improvement of the private sector participation.

“Our strategies for sustainable Agricultural Development shall focus on three pillars. Firstly, we will grow the upstream sector through interventions by leveraging technologies that are capable of lowering the cost of production of value chains such as Fisheries, Poultry, Piggery, Rice, Vegetables and Coconut with support from donor agencies.

“We will also focus on growing the midstream and downstream sectors that is value addition involving processing, handling, storage, cold chain, packaging, utilisation and commercialization which are all important agricultural value chains by leveraging on the huge market with support from donor agencies. “Lastly, we will improve on private sector participation by developing and initiating policies that will encourage more private investments in agriculture. This will include linking the private sector with business-friendly credits.

“The projection is that the total investment in the Agricultural Sector from the government, private sector, donor agencies and development partners will run into over $10Billion in the next five years. While we expect most of the investment to be private sector-driven, government will continue to provide the needed infrastructure while the private sector will be encouraged to lead the key projects,” Sanwo-Olu noted.

He assured that the State would formulate policies that would encourage private sector investment in agriculture while providing robust market information systems for Agricultural Value Chain actors for adequate planning and the circumvention of risks and uncertainties.

The Governor pointed out that the State had already started the revamping of its Agricultural Land Holding Authority (ALHA) to support investment in agriculture adding that the coconut belt would also be strengthened with increased private sector involvement.

Sanwo-Olu listed some landmark investments that the State has begun which he noted would help with the smooth delivery of the Roadmap as including the Lagos State Aquatic Centre of Excellence (LACE) that would boost fish production from 20% to 80%; the Imota Rice Mill; the Lagos Food Production Centre Avia, Igborosu-Badagry as well as other state-wide agriculture focused initiatives.

“I am excited about the wealth we will generate from our fecund land and coastal resources. The next five years will be productive, competitive, and transformational as Lagos State implements its agricultural roadmap.

We are set to become the nation’s agricultural powerhouse, and I invite you to join us to make history.

“I am greatly encouraged by the interest already generated in the 5-Year Agricultural Roadmap and I hope it will be sustained and backed with concrete action on the part of our development partners and the international community.

I assure you that the Lagos State Government is putting in place deliberate incentives to make your investment safe, secure, and profitable,” he averred.

Speaking earlier, the State Commissioner for Agriculture, Ms. Abisola Olusanya noted that the Roadmap was a brain child of the Agricultural Stakeholders’ Summit which was held at the inception of the administration of Mr. Sanwo-Olu where several issues of importance relating to agriculture and food security were discussed. According to Olusanya, private sector partnerships and involvement would go a long way in driving the Roadmap to fruition stating that investment in the transformation of agriculture to agribusiness is one way of achieving the dream of attaining self-sufficiency in food production.

“With thousands of hours spent by statisticians, agriculture experts, investment bankers and practitioners, this strategic document was brought to live to help chart the way forward to a food sufficient Lagos.

“I dream of a Lagos that is socially inclusive; where the informal sector becomes transformed into data driven clusters and then contribute towards the development of this great State. I dream of a Lagos where wholesome food is made available; where healthy people thrive; where the organised food system reduces post-harvest loses; where there is increased profit for value chain actors; where millions of people are gainfully employed and where productivity is high for all,” she noted.

In the same vein, the Commissioner for Finance, Dr. Rabiu Olowo opined that agriculture currently generates less than 2% of the State’s GDP stressing that the establishment of an Agricultural Roadmap which would drive in more investments and create wealth was a welcome idea. He therefore urged all stakeholders in the agriculture sector to work together to ensure that the success of the Roadmap.