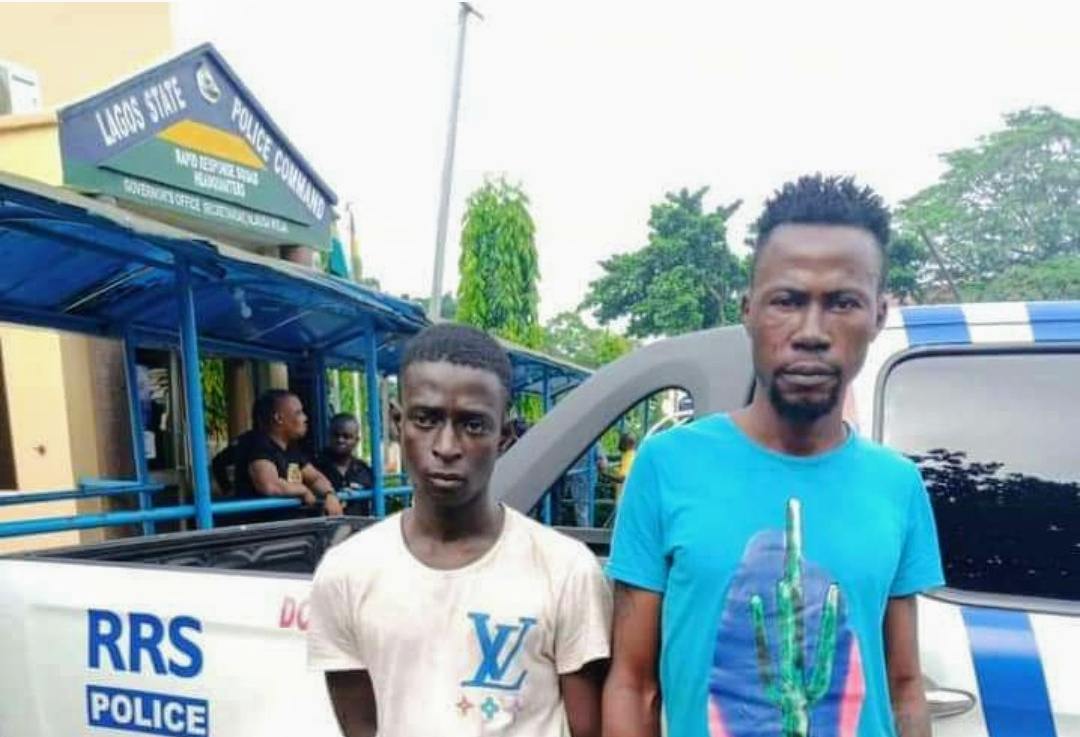 The 2 arrested criminals (Tunde Ramoni 21yrs & Adepoju Samuel 34yrs) were arrested by ‘Decoy’ team of the Agency while on security patrol.

While Tunde Ramoni who hailed from ‘lbadan’ was arrested at Ojota, Adepoju Samuel from Ogbomosho’ was caught while robbing a motorist with unregistered motorcycle (Okada) around Tipper area, Ketu.

Available information with the Decoy unit of the Agency had it on record that one of the suspect (Tunde Ramoni) was once arrested
with some gangs of Pick Pocketers’ by 2019 and was convicted to 6 months imprisonment.

The Commander RRS CSP Olayinka Egbeyemi disclosed that the Lagos State Commissioner of Police CP Hakeem Odumosu has directed that the 2 arrested suspects be immediately charged to court.

MAYOR DEEN SANWO-OLA AT INN MEDIA SUMMIT: PEOPLE DENIGRATING THE FACE OF IKORODU DIVISION SHOULDN’T GET AWAY WITH IT ANYMORE ®™√ INN Nigeria ©