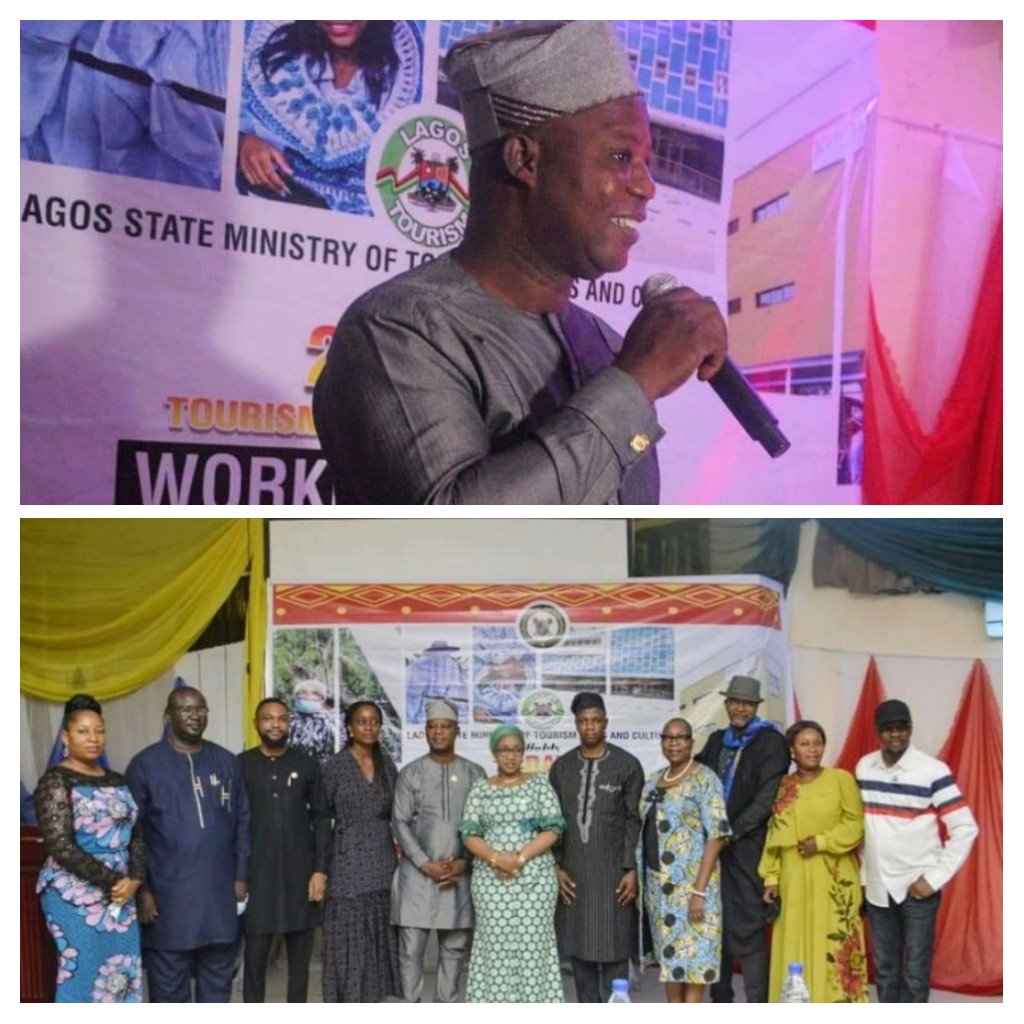 The Lagos State Government has engaged various stakeholders in the tourism sector comprising tour operators, hoteliers, tourism promoters and ambassadors, among others, on workable strategies and synergy that would sell the State’s tourism potentials to local and international tourists through its domestic initiative.

Speaking at the commencement of the Summit, on Tuesday at the Dover Hotel, 14 Aromire Street, off Adeniyi Jones, by Allen Avenue, Ikeja, with the theme “The Best of Lagos”, the Chairman, Lagos State House of Assembly Committee on Tourism, Arts and Culture, Mr. Fatai Oluwa, said that the legislature is in full support of the decision of the Ministry of Tourism, Arts and Culture to domesticate tourism activities in the State.

According to him, the House of Assembly, as part of its demonstration of interest in revamping the tourism sites across the State, recently embarked on visits to all monument sites with the intention of upgrading them to international standards.

He added that the Legislative arm of the State Government is willing to support the realisation of the plans of Governor Babajide Olusola Sanwo-Olu’s administration for Entertainment and Tourism by providing necessary legislative backing for the policies of the Ministry.

Oluwa assured that all reports and recommendations from the Summit would be considered for approval by the State House of Assembly.

In her contribution, the Commissioner for Tourism, Arts and Culture, Mrs. Uzamat Akinbile-Yussuf, said the Ministry has developed well-structured plans to upgrade existing tourism sites in the State, adding, however, that there is a need to involve all key stakeholders in tourism activities to bring the plans to fruition.

Akinbile-Yussuf explained that the theme of the Summit seeks to get the best of Lagos in the area of tourism, through meaningful and very engaging discussions that will help bring out the best strategy needed to revamp the entire tourism sector of the State.

Her words: “I want us to use this gathering to fine-tune our strategy that will sell the theme of this summit to potential tourists who are desirous of finding the best of entertainment, fun and relaxation and value for their money. Apart from the economic activities which Lagos has been known for, we are determined to market ‘The Best of Lagos’ brand to tourists within and outside the country. This, we intend to achieve with the collaboration of all our stakeholders”.

She emphasised that the Ministry wants tourists from any part of the country and outside the country to leave their places of residence to come to Lagos and experience the best, which this city offers, in term of hospitality, recreation, relaxation, sight-seeing and many more, by planning a three-day to several weeks of holiday to visit different tourism sites across the State.

While highlighting the efforts of the government in the area of domestic tourism, the Commissioner said that the Ministry had discovered new tourism sites in Badagry and Epe, stating that tourism desks are being created in all local councils areas across the State to further develop domestic tourism.

Akinbile-Yussuf averred that the creation of tourism desks would facilitate taking inventory of the various sites in the localities and make provisions for them.

Also speaking, the Special Adviser to the Governor on Tourism, Arts and Culture, Mr. Bonu Solomon, promised that the outcome of the two-day gathering will not be swept under the carpet, saying “The reason why this summit has been put together is as a result of our genuine intention to make this sector to continue to play the lead among other competing sectors”.

“I want to plead with all our discussants to offer their genuine opinion on the roles which the government can play in addition to what the State Government is doing presently to develop the tourism sector”, he stated.

Similarly, Dr. Adun Okupe, a Tourism Advisory Consultant, urged Lagos State Government to train tour operators and tour guides, who are the frontliners, in order to arouse and sustain the interest of potential tourists.

Okupe stressed the need for the State Government to upgrade the tourism sites to international standards for the advancement of the economy and to generate more revenue, just as she called on the government to work on orientating and improving the people’s perspective to see Lagos as a tourist centre.

In the same vein, a Tourism Ambassador, Ikechi Uko, in his presentation at the event, advocated the creation of tourism clusters and identification of tourism demographics across the State as a way of giving tourists a narrative that shows Lagos in a different light.

Uko said that the tourism potentials of each of the divisions in Lagos are yet to be fully harnessed, stressing that Lagos Island, for instance, has the whole Colonial History of Modern Nigeria but nobody is promoting the fact that the Amalgamation of Nigeria was presented to Nigerians in Lagos.

“Ikot Abasi in Akwa Ibom and Zungeru in Niger State are fighting for the Amalgamation Houses but not Lagos. There should be Daily Trekking Tours of the Island identifying the Houses of Hebert Macaulay, Nnamdi Azikiwe and Sir Ajasa after visiting Freedom Park and the new Brazilian Museum”, he said.