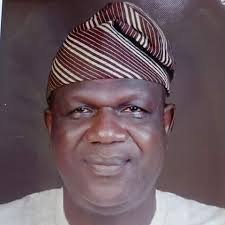 The incumbent chairman defeated the Peoples Democratic Party’s (PDP) candidate, Hassan Rafiu, who had a total of 1,497 votes, while Hon Wasiu Adesina of APC had 4,729 votes, Thus declared winner of the chairmanship election in Ikorodu LG, by the returning officer.

The elected chairman in his statement to the press thanked both Leaders, APC party loyalists and members, stakeholders, Council Ward Chairmen amongst others for the overwhelming support given to his campaign prior and post LG/LCDA elections which took place on the 24th of July 2021.

“I have never doubted the love, show of commitment and passion of our people, Once again the mantle of leadership has been delivered to me due to their relentless drive to uplift our local government”

“Together, we shall accomplish the Ikorodu LG of our dreams” Hon Wasiu Adesina Added