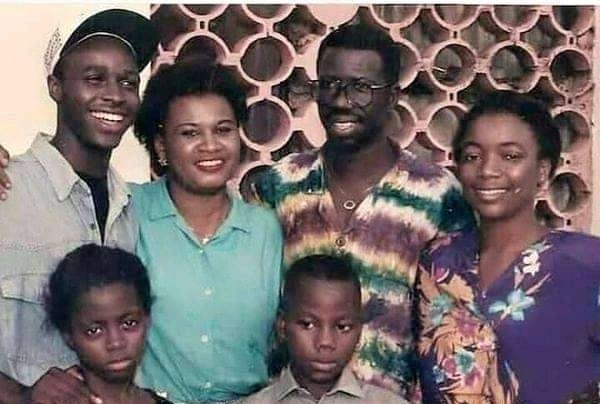 Owo Blow’ was a family drama where the man of the house was unjustly imprisoned after he intervened in the harsh treatment of traders by the State Task Force during a raid in a market which caused the deaths of several people.

After he was kicked out of school because he could not pay the fees, the man’s son, Wole, tried his hands on everything he could
do to take care of his mother and siblings.
He worked as a washer-man and a bus conductor but when he lost the jobs for some reason, desperation drove him to become
a purse snatcher.

He got caught at some point and was beaten by a mob. Too ashamed to face his mother, he decided to stay on the streets with an old classmate. He joined a gang of bad boys who
“hustle” for survival on the streets.

His sister, Mope, also resorted to prostitution to get money as her way of supporting the family. She got impregnated by an area uncle who promised to marry her but ditched her. She died while trying to get rid of the baby.
Wole later became an armed robber for several years, rose in ranks, and became the leader of his gang of robbers.

He, however, made a pact with his members never to kill anyone whenever they go to rob.
As an older man, Wole dumped his robbery job and became a better person. He went back to school and became a wealthy philanthropist loved by many. He got married, to the delight of his mother.

His former men on their part continued to live as criminals. As much as Wole made efforts to live a better life, he remained plagued by his past deeds and found himself in a difficult situation, having to pay for his past sins.

The movie was one of Nollywood’s classic and it was produced and directed by Tade Ogidan. The movie saw the introduction of Femi Adebayo, Racheal Oniga and Bimbo Akintola into the Nollywood scene.