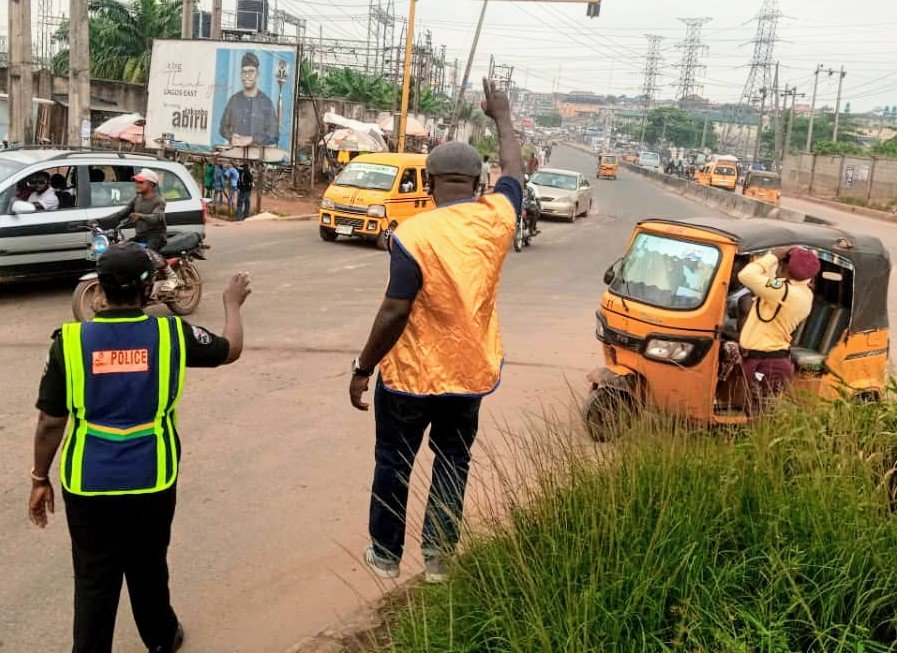 During the course of the campaign, Stickers were distributed to motorist and commuters indicating the following: “Obey the traffic rules“
“Don’t drink while driving”
“Observe the Zebra crossing”
“Obeying speed limit”

Sensitising the community on how to keep the road safe and protect lives, The FRSC commander in his message appreciated Lions Club International especially the members of Ikorodu Diamond Lions Club for their services within the region.

“I never expected service of this kind, this exercise will go a long way to orientate road users on traffic rules and admonishing them to adhere to strict regulation that secures lives and properties” FRSC Commander added.

The Unit head of Lagos State Traffic Management Authority LASTMA in his speech also recognised the presence of the Lions Club and their continuous effort to make the world a better place in their service to mankind.

The Club President Lion Roseline Ogunlana in her vote of thanks appreciated the agencies for given Lions the opportunity to serve the community. She also commended their efforts to bring sanity to the roads.