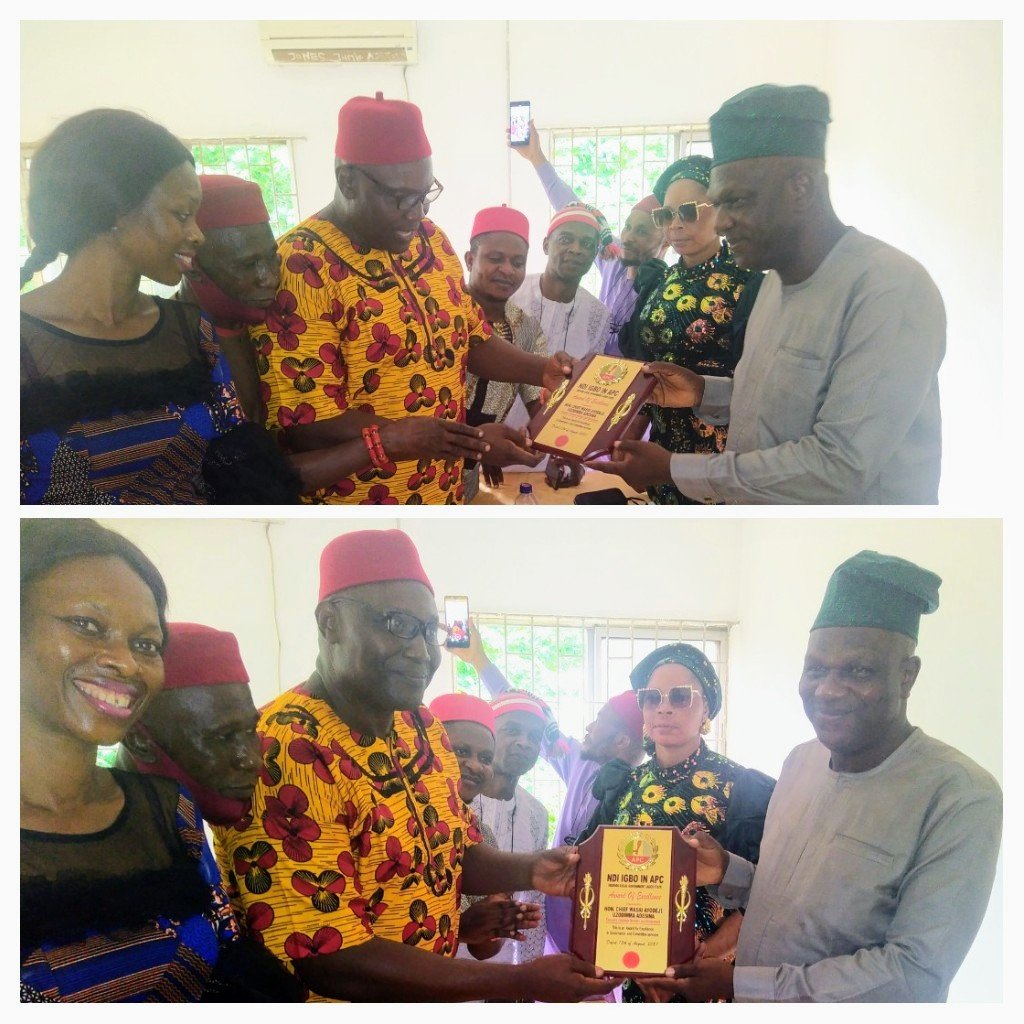 In a way to also congratulate the returning chairman on his victory over the just concluded local government elections, Members of the Ndi Igbo in APC converged at the secretariat en mass to show their warm felicitation towards the council boss for his tenacity and strive to advance a harmonious local council with different ethnicity.

Speaking on behalf of Ndi Igbo in APC, Chief Peter Ara JP appreciated the Chairman for his zeal to promote prosperity amongst inhabitants of Ikorodu local government also seizing the medium to congratulate his LG election victory.

“A victory for Hon Wasiu Adesina is a victory for us all in the Ndi Igbo community, we’re happy to have a chairman that works with everyone despite their different ethnic backgrounds. That’s the definition of a true leader, So we deemed it fit to present to him an Award of Excellence for his effective contributions towards the growth and development of Ikorodu local government “

“Going into the just concluded LG elections, we knew his hard work would speak for him at the polls, that’s why we gave him all our support and today we’re here to congratulate him too for emerging victorious knowing fully well that he’ll do more in his second term in office” Chief Peter Ara Added

The Chairman in his acceptance speech thanked members of the Ndi Igbo in APC, assuring them of a more committed and dedicated performance going forward.

“I am happy to be honoured in such manner and am grateful to the entire Ndi Igbo in APC members for deeming me as their leader. The Award of Excellence is another encouragement for me to do more in office and I will not let all Ikorodu LG residents down despite our different ethnicity, We shall continue to win together” Hon Wasiu Adesina added