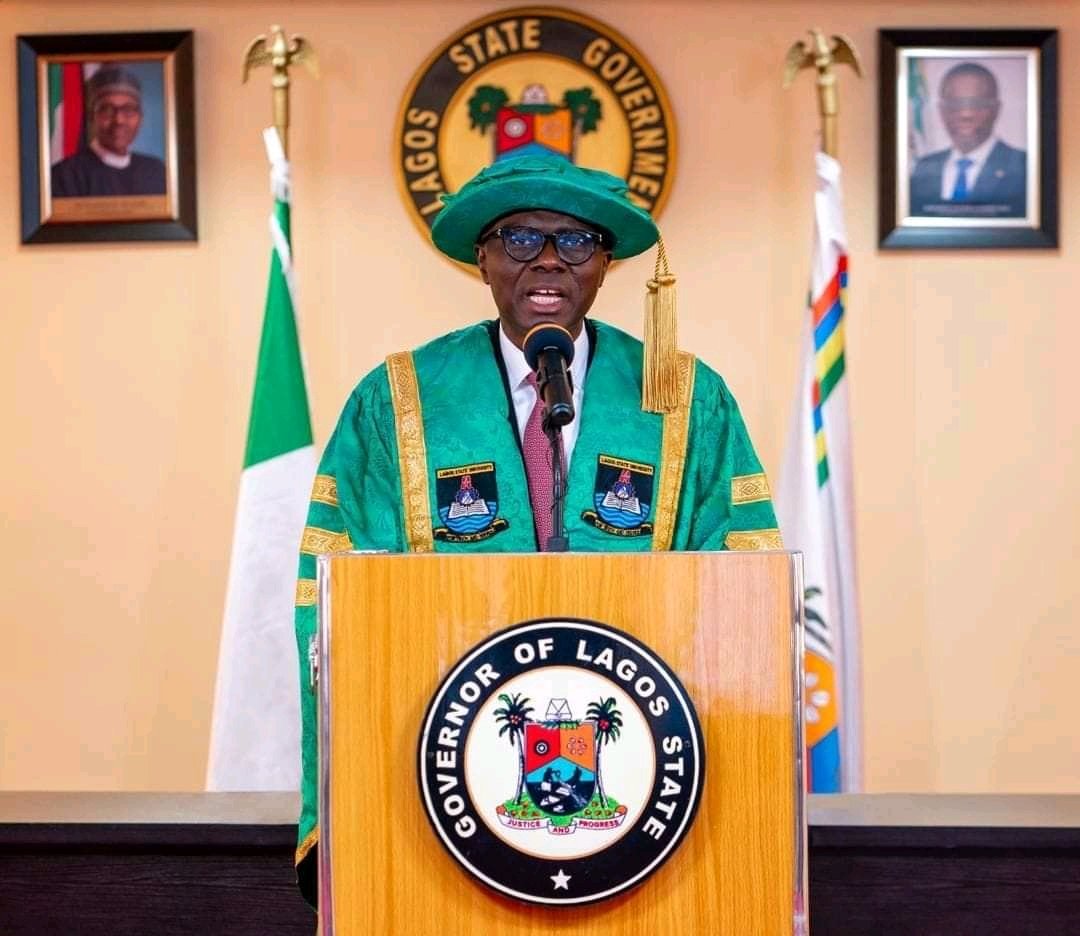 More than two-thirds of the population of Lagos State are under 30 and this majority have a common need; finding their paths to sustainable income, which is often dependent on their levels of education and skill acquisitions.

Therefore, a government that invests in education and human capacity development would be touching directly on the lives of the majority of Lagos and building a path to a more prosperous future. The government of Babajide Olusola Sanwo-Olu can aptly claim that cap with its massive investment in education in Lagos State for over the past 2 years of his administration, which is backed by effective implementations by those he has entrusted with the tasks.

Following tightly with his promise during his inaugural address in 2019, where he disclosed his T.H.E.M.E.S. agenda, the silent but energetic achiever and his team have initiated and pursued major education intervention projects, which is now yielding visible and laudable results. Sanwo-Olu’s plans for education are ambitious and they are being intelligently driven by likewise passionate people like the Honourable Commissioner for Education, Folasade Adefisayo and the Special Adviser to Governor on Education, Barrister Tokunbo Wahab.

Initiatives like the BOS Education Transformation Plan (BOSETP), car gifts to the best performing teachers, construction and upgrade of hundreds of schools across the state, Public-Private Sector Partnership projects, mass literacy education of girls, and the Eko Digital Skills initiative, Job Initiative Lagos etc., are beaming a promising outlook for the state. Year on year, Sanwo-Olu’s administration has improved the educational share of the state budget.

In 2021, a whooping 148billion will spend on education, which represents 12.7% of the state’s budget and is closer to the international benchmark of 15-20% and one-fifth of the entire nation’s budget on education. It is without a doubt that this government is keen on its dream of Greater Lagos. An empowered populace is the fulcrum of development, peace and progress. The kind of critical focus the education sector is getting in Lagos State is believed to have a birth immediate impact on the profile of the state, with the state-owned institution ramping up capacities for improved delivery of quality education and modernization of curriculum for relevance in the 21st century.

One major move is the Eko Digital Skills/Job initiative, powered from the Office Of The Special Adviser On Education, Lagos State headed by Barr. Tokunbo Wahab. In collaboration with the private sector, these initiatives are designed to empower one million students and pupils of state-owned primary and secondary schools with in-demand IT skills by 2023 and 12,000 final year students of state-owned higher institutions with required skills that bridges the employability gap. Wahab once pledged the commitment of his office to the efficient implementation of the state’s sustainable educational policies that will make the state rank among the best in the world.

That pledge seems not to take too long to be realised as the state’s institutions are getting credible international recognition for the efforts of this government in driving their transformation. The Lagos State University, for instance, for the second year running have been ranked as the Second Best University in Nigeria in the World University ranking by Times Higher Education, THE. Even more importantly, the 38 years old institution was ranked the Best Young Institution in Nigeria as released by the world ranking body.

In the same energy, The Lagos Polytechnic moved to the number three spot on the webometric ranking of 2021, with Yabatech and Federal Poly Ilaro left to be displaced at this pace, probably within the next two years of this administration’s first term.

This webometric ranking of the best polytechnics implies that the quality of published research works from the school is high when compared to other polytechnics, that is, the school research output and informal scholarly communication is high. Great works command great acceptance.

The evidential growth in the capacities of these institutions is directly linked to the concerted efforts of the major drivers of the educational revolution happening in the state. Freelancers Research Unit projects multiplier effects on the economy in the areas of reduced unemployment, lessened youth restiveness, improved security and soaring of economic activities across the state in the long run. It is also a popular view of analysts that the governor may have indeed projected this level of achievements, when he made the wise choice of putting the likes of a very bright legal luminary, Barrister Wahab, at the heart of the force powering Lagos to a whole new level of growth through strategic human capital development. It was initially argued that the former gubernatorial aspirant’s appointment at Tokunbo Wahab was merely for political patronage, giving that his legacies were in areas of law and social justice.

But the last two years have proven that success is only affined to character, not a compendium of capabilities. The world is fast moving to a knowledge economy and Lagos setting the pace, yet again with the Eko Digital Skills and Job Initiatives, which are expected to precipitate a total transformation of the Lagos economy with an outlook to a very prosperous future.