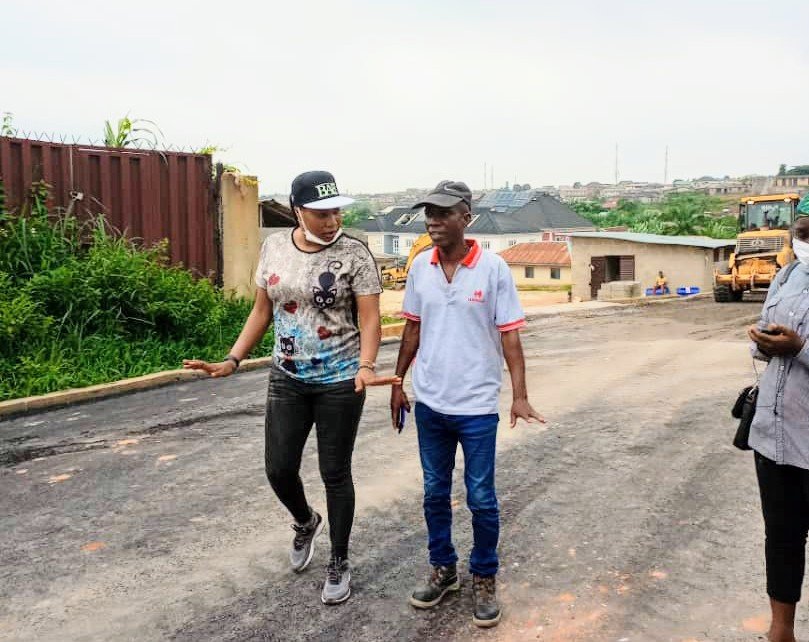 On Monday 23th of August 2021, The Deputy Leader of Igbogbo/Baiyeku LCDA, Hon. Princess Basirat Adetutu Banjoko went on a road inspection of all roads under construction in her ward; awarded by the Lagos State Government.

The inspection was done to ensure contractors/engineers are doing their works as supposed.

With all streets linked together, some of the streets that are under construction are; Baganju Street, Oradulu Street, Babatunde Ajeigbe Street, Kikelomo Faniyi Street, Akogun Street, Olatifewa Street and Church Street.

During inspection the team met with three of the engineers and the Auditor of the construction Company: Engineer Adesanya, Engineer Femi, Alhaji Hassan, Auditor issiac.

On the mission of Inspection, Alhaji Adekoya, [C.D.A chairman of Baganju North] gives kudos to the Honourable for her visiting the area while some residents of the streets also approached her, anticipating the intervention of the government in the area.