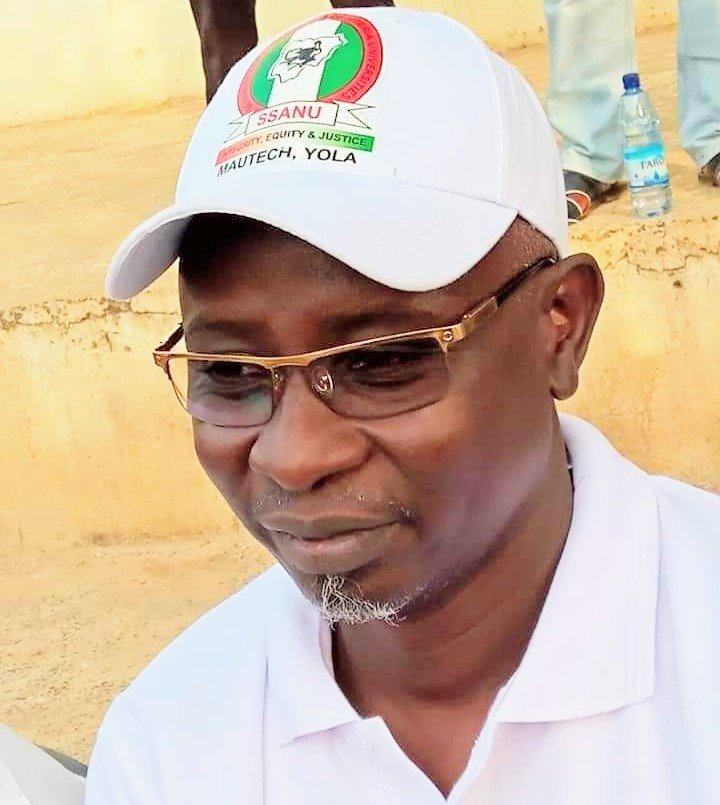 “Who else could have been the strong man of SSANU if it were not SSANU President but has the custodian of the power channelled it on profitable ventures?”

“Less than a year on the throne as the President of Senior Staff Association of Nigerian Universities (SSANU), Comrade Mammadu Haruna, secured at least two Traditional titles. Amongst are: Jarman of SSANU (In the North) and Okpia of SSANU ( In Benin Kingdom). I have no doubt if he comes to Yoruba land, “Oyeku” or “Oyetan” of SSANU is awaiting him”

“Is it what the Union needs now? I mean, Is Chieftancy title the priority of our Union now? Yoruba of good origin would say, “Ohun ti o ba wu eni, oun lo po l’ola eni. Baba ologun eru ti aso re je okan soso.” The way and manner that some of us are celebrating this on social media is of grave concern”

“At this juncture, I had to make the following contributions (all on facebook) as follows:
“Congratulations my President but what is the meaning of the title and its relevance to the numerous struggles that the Union has embarked upon with no tangible results, vis-a-vis, nonpayment of minimum wage arrears and issue of IPPIS to mention but few in the Federal Universities All these Political awards don tire us. Union leaders, do something. Once again, accept my warmly regards.”

“His response threw me into laughter but not annoyance because he displayed some levels of immaturity. Honestly, in spite of the shortcomings of the immediate past President, Comrade Samson Chijoke, is far better of in that regard.
Hear him, ” Adefolalu Oriwaye, the relevance can not be seen by any sadist who has made up his mind not to see any good from anyone but himself. Thanks for the congratulations”

“Knowing his nature as an average Fulani man, I quickly used some sweet tongue to calm down his nerves by saying, “The President himself, once again, Congratulations Sir”

“Another funny man like him, a political jobber, Mr. Ahmed Garba, also exploded by saying, ” Mammadu Haruna, my President, why waste your golden pen in responding to evil critics, plz, shun the distraction and continue to write good for SSANU.”

“I shared this scene with some of our comrades who are in the northern part of the country, most importantly in his own University, what I heard nearly broke my ribs when I fell into laughter. The man said, ” Prince, you’re an old School. The Union leaders of now a days are after their purse and belly but not the welfare of their members any longer like our time.The President of SSANU of today boards First Class or Business flight”

Hearing this, I didn’t know when I started singing as follows: