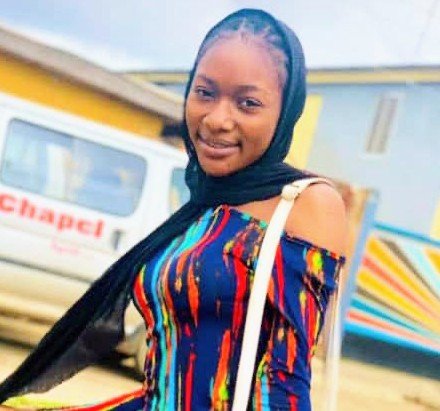 Samuel Phillips, the police sergeant who shot Monsurat Ojuade dead in Lagos has been dismissed and also arraigned in court.

“The suspect will be charged to court for murder”, the spokesman noted, recalling CP Hakeem Odumosu’s assurance of justice.

Phillips’ fate was decided after an orderly room trial instituted over the killing of 18-year-old Monsurat.

The admission seeker passed away after she was hit by a bullet Phillips fired in a street within Ijesha on September 11.

He and other operatives attached to the State Criminal Investigation Department, Panti, were on an operation to arrest a robbery suspect.

In a follow up to the tragic case, Sergeant Samuel Philips, was subsequently brought before a Chief Magistrate, Adeola Adedayo, of the Yaba Magistrates’ Court in Lagos State.

The court sitting in Yaba on Friday ordered the remand of Phillips, who was dismissed for allegedly killing 18 years old Ojuade who was awaiting admission into a university.

The Chief Magistrate also ordered the remand of the dismissed Sergeant for 30 days sequel to the motion filed and argued by police counsel, Nwabuisi Augustin.

The motion was to abide with the advice of the Department of Public Prosecutions, following the conclusion of his orderly room trial.

During the brief proceedings on Friday, the magistrate granted the application of the prosecutor for the remand of the accused for 30 days, pending an advice of the DPP.

The trial was adjourned to October 25.

The defendant was represented by Doyin Shobiye, while lawyer for the Ojuade Family, Israel Mbaebie, was also present in court.

Mbaebie urged the police to change its “stray bullet” narrative as to how the deceased died.

According to him, “the bullet that killed Monsurat Ojuade was not a stray bullet but a case of premeditated murder on the part of the killer policeman.”

The lawyer also frowned at the failure of the police to make public its orderly room trial and the late notice the family got as to the arraignment.

“Our clients frown at this disrespectful and lackadaisical attitude of the police and also wonder how it has been easier for them to organise an orderly room trial of the so-called killer policeman without making public their findings till date and now, an arraignment without making public the full identity of the culprit as earlier demanded by our clients,” he said.