ABIRU ON NIGERIA @61: NO REGION IS SUPERIOR TO OTHERS, THE CONSTITUTION IS NOT CAST IN STONE ®™√ INN Nigeria © 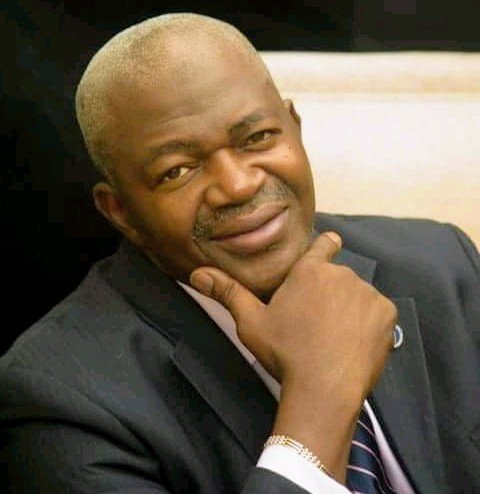 Hon. Rotimi Abiru, Representing Shomolu Constituency Two in the Lagos State House of Assembly has called on the Northern Governors not to Incite other regions with their insensitive position on the power
the shift for our Unity and progress of Nigeria.

The lawmaker stated this yesterday (Thursday) in his office, Lagos Assembly complex, Alausa while speaking with news men on the 61st Independence anniversary of the nation.

Abiru who criticised the outcome of the stakeholders meeting held by the Northern Governors recently described their position against power shift as insensitive and portraying a great danger for the country at this period.

“The Constitution provides for federal character. It’s means the Constitution is talking about merit, other regions must have their right”. “It may not be a written agreement, but we need to tread with
caution. No region is superior to the other. Nigeria belongs to all, equity and fairness must be respected”.

He stressed that “Nobody is praying for war, but we must respect the wish and aspirations of other regions because the constitution is not cast in stone” the lawmaker submitted
“We all have equal rights, the Issue of zoning should be respected with the ruling party”.
Abiru said that on the issue of Value Added Tax (VAT), Nigerians have been advocating for fiscal federalism.

Lagos State is the highest donor in contribution to VAT generation in the federation over the years. Therefore, there’s no justification for some states sharing from the collection of VAT being generated by others. The state should be allowed to use its money for Infrastructural benefits for its residents.

“Every state in Nigeria has its potential, but because of the national cake, some Governors had not been harnessing potentials in their domains to keep their states running for Development”. This according to him must stop.

On the anti-open grazing position of the southern governor’s, the lawmaker advised the federal government to stop the backward
policy in the 21st century. “It’s most unfortunate and it’s not only in Nigeria that people feed animals. Open grazing must stop and the ban must be enforced. “Someone is trying to make a living for himself or herself and another and in the process, wreaking havoc on others, how do you justify that, we must be fair to others as Nigeria belongs
to all”, he remarked.

Abiru described the Issue of insecurity as a threat to our national unity and all stakeholders must come together to fight the common enemy for Unity, Peace, Development and co-existence. He congratulates every living soul in Nigeria on the occasion of sixty-one years of independence calling on all citizens to believe in the Nigerian project.

“I called on our youths especially as we’re moving closer to choose another leader. “We should all ensure to participate fully and elect a leader that will add value to our future.
The lawmaker also wishes Asiwaju Bola Tinubu, the national leader of All Progressives Congress (APC) speedy recovery describing the politician as a hope of the common man.