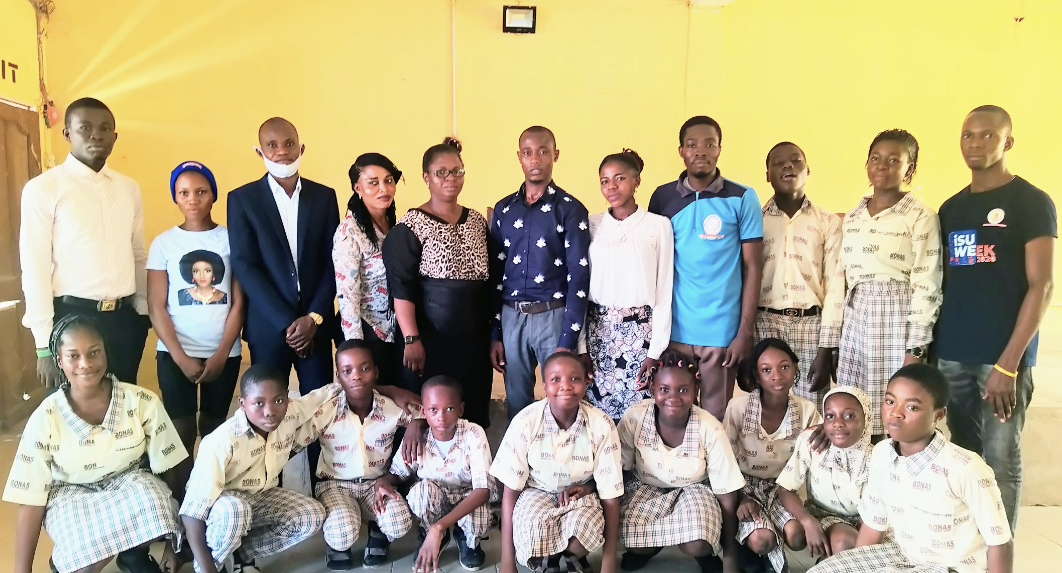 The much anticipated Imota Students’ Union Secondary Schools Sensitisation kicked off on the 4th of October 2021, at Ansar-up-deen Grammar School and Bonas Comprehensive High School, Imota.

The School Sensitisation welcomed the presence of vast and sophisticated speakers in the areas mentioned above. The first speaker was Mr Olumide Adeleke Shofowora the Founder, Onward Youth Educational Symposium (OYES), also a Coach and Mentor at Brighter Future of Nigeria (BFN) as he enlightened the students and broaden their horizons on the topic “Ways to Attaining Academic Excellence” where he dished out ways and points students need to attain excellence in his/her academics.

The second Speaker Mr Owoyele Lukman Oladapo who happens to be the former President of the union spoke at length on the topic “Creating A Healthy Relationship as a Teenager”. The students felt remorse during the discussion as they focused, learn, relearn and unlearn relationships, concerned at the teenage level.

Ably anchored by the President of the Union Comr. Ogunbowale Olatayo Bodunrin was the follow-up topic “Effective Usage of Social Media”.

In his words, he made it known to the students that academic excellence and maintaining a healthy relationship can’t be effective without understanding that social media is a system that encompasses numerous and diverse tools which they can use to perfect the two areas mentioned above. He further buttresses his point on teenagers failure to allocate time for using media and the internet can hinder learning by exhausting more time on it which might lead to unproductive usage of time.

The session was rounded up by Michael Eromona, Coordinator, Ikorodu News Network (INN) who introduced to the students an alternative means to channel their energy when using social media. He discussed with them about blogging and how they can earn income from it as he later promised interested students free training seminars after the program.

Both school administrators wholeheartedly appreciated the effort of the student body for projecting the program to lead students on the right path. The Principal of Ansar-ud-deen Grammar School and that of Bonas Comprehensive High School commended the great work of the union and as well appreciated the facilitators for their deliveries.