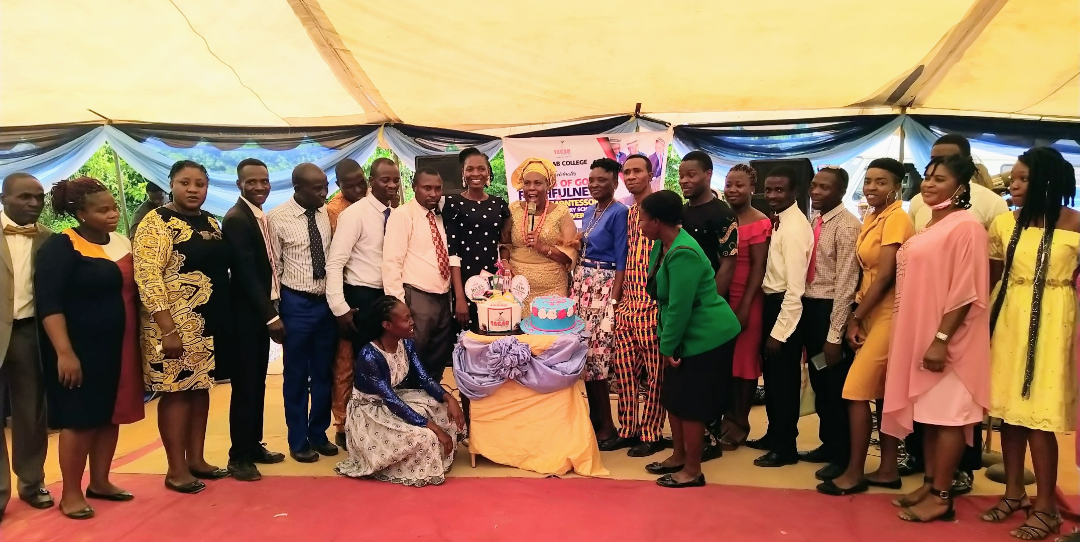 As the world marks teachers day on the 5th of October 2021, Sagab college Ikorodu celebrated its 16th anniversary in praise and gratitude at it’s solomade station in Ikorodu with students, teachers and parents.

Featuring sections of High gospel praise and worship songs from musicians, junior and senior pupils of the academic institution, teachers, parents and also the proprietor of the school, the program was also notable for awards presentation and special price accreditation to diligent staffs of the school.

At interlude, a prayer session was also introduced to guide and transcend the institution into a more prosperous and enhanced educational years ahead which according to the proprietor (Dr Mrs Beauty Obodo) is key to the foundation of Sagab college.

She also stated extraordinary and remarkable occurrences indicated the hand of God surrounding the academic institution for the last 16years is another reason to return all the glory to God which was reflected in her rendition song titled ‘Victory’.

“We have gone through a lot of challenges and developmental strides along the way for over the years, a lot of us including teachers, parents and even students has played their roles in helping to shape this great institution towards the unique state it possesses today, But in all only God has made it possible for us to mark 16years of growth and absolute transformation we’re experiencing”

“It is all about ‘Hallelujah Praise’ because God has truly been faithful to us for the past 16years, while acknowledging God, we’ll also use the medium to cherish our teachers and staffs who’s been with us for over the years, it’s a way to let them know that their presence means a lot to our flourishing as an institution”

“From 5years to 10years and even the ones who’ve been there from the very start, we’re letting them know that their presence has made the difference in carrying the pupils along. We’ll sing, dance, appreciate and cut our anniversary cake to celebrate this 16years and more to come in good health and vitality” Mrs Beauty Obodo asserted

Generator sets were given out to appreciate teachers with 5years on their belt in service to the institution presented to them by the proprietor of the school a gesture that was lauded by both teachers and parents present at the anniversary event.

Deep freezers were also given out as special gifts to teachers with 10years of service under their belt towards the school’s development and 30percent of the annual salary accrual cash prize was gifted to the longest-running teacher in the institution subsequently.

The program crescendo with the cutting of the anniversary cake by teachers to also commemorate world teachers day which was marked all over the globe.