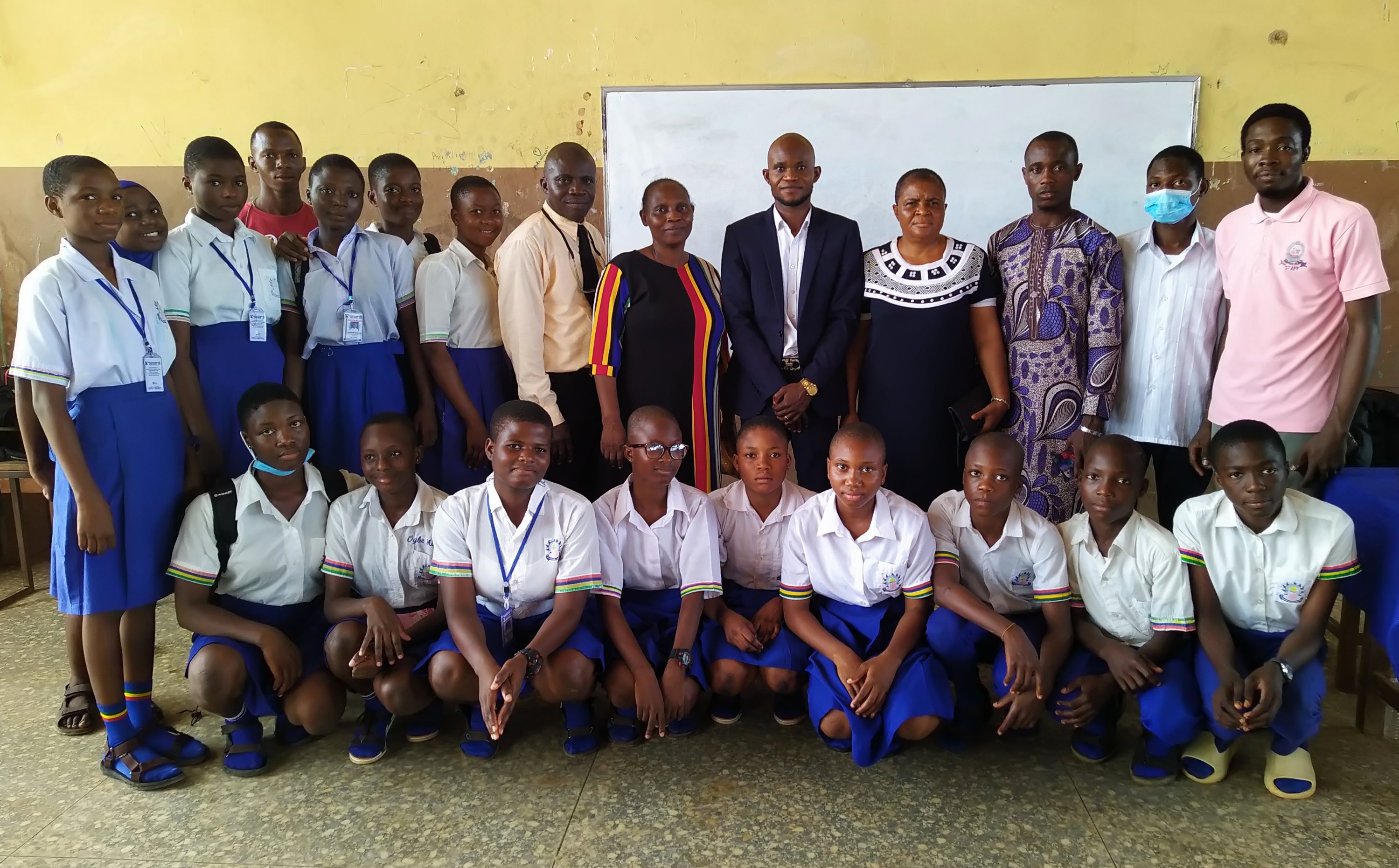 Amidst notable schools in Imota LCDA visited on the 11th October 2021 was Lagos State Senior Model College Igbokuta, Imota and Freshope Academy Oko-Ito, Imota; where the students were educated, re-orientated and enlightened on the three main focus of the program which is Academic Excellence, Creating Healthy Relationship and Effective Use of Social Media.

As the school’s sensitisation kept scaling, Ward D part of Imota LCDA witnessed the presence of versed and outstanding facilitators, having the likes of Mr Olumide Adeleke Shofowora, the founder of Onward Youths Educational Seminars, a Life Coach and Mentor at Brighter Future Nigeria as he unveiled to the students vital and cogent points to be practically invested in academic excellence.

He emphasized the bits of believing academic excellence as a thing of determination, creating time for proper studying, encouraging a healthy studying habit and group for more knowledge, asking questions when topics seem difficult and praying towards excellence.

The second facilitator was Mr Hayatullah Taiwo Busari, a Graduate of Lagos State University from the Department of Transport and Logistics, he once served as the Divisional Ambassador of Epe Division (Lagos State Youth Ambassador) under the Ministry of Youth and Social Development; a volunteer of Peaceful Mind Foundation amongst other accolades bagged to his profile. He enlightened the students on the second focus of the program; Effective use of social media for academic excellence and personal development.

He enlisted to them advantages social media and the Internet had brought to the global state as he made known to them that social media can always be an addiction but has to be managed for academic excellence. He further emphasized the need on how to allocate time to media and the internet so as not to be addicted and distracted by its factor. He said one of the ways to control the addiction of social media is to ensure phone notifications are turn off when there is a need to attend to something aside from the internet or media as he concluded that using social media effectively is a personal discipline that had to be invested in everyone.

The moderator who happened to be the President of Imota Students’ Union Comr. Ogunbowale Olatayo Bodunrin drew the curtains of the program as he further reiterated all the cogent points dished out to the students with questions and answers welcomes for dialogue.

Mr. Michael Eromona, coordinator Ikorodu News Network (INN) also added to the effective use of social media as a student being media personnel (Blogger), Explaining to the students the best way to allocate time for media and Internet use and where students can channel their stamina as far as media and Internet is concern outlining blogging as an option.

The program closed as the students representative from both schools gave a vote of thanks with appreciation words to the union and promised to put the teachings into practice for their academic excellence and career success. The management of each school also appreciated the effort of the union for such a program being done in their school.