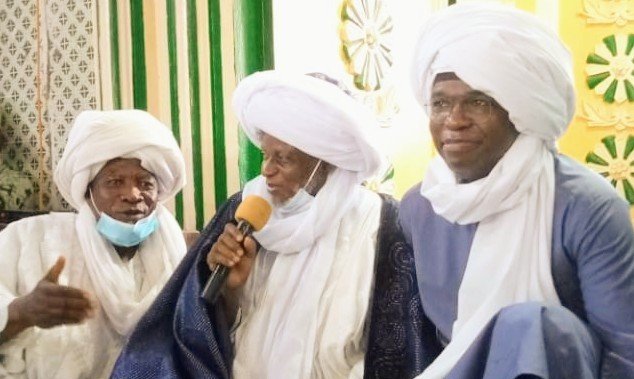 While dressing him with the turban, the Chief Imam said, Senator Abiru has performed wonderfully during the little moment he has spent in the service.

He also added that Abiru has distinguished himself as a true son of the soil who has not forgotten his origin.

Senator Abiru in his response appreciated the Muslim community and the Chief Imam for the special honour and support during and after his campaign exercise.

Adding that he has begun giving back to society before he receives his first allowance and will not stop changing the narrative in the 98 wards under his watch.