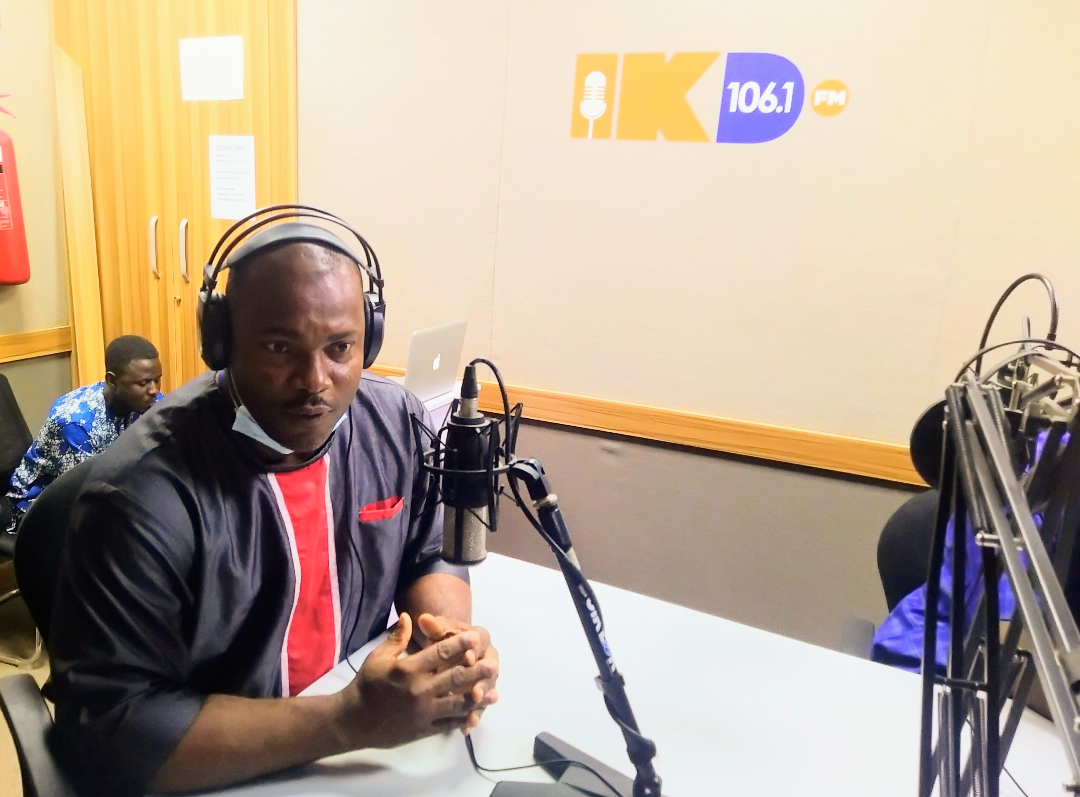 In a special interview session on the program titled ‘The Issues’ at IKD 106.1 FM On the 28th of October 2021, Hon Balogun Rotimi Olatunbosun (a political analyst and real estate mogul) popularly inferred as BRO revealed his discontent with the rate of insecurity wielding the medium to procure remedies to the challenge.

Beneath are few excerpts from the intensive radio interview with Hon Balogun that traversed approximately 25 minutes.

“First of all, we’re lamenting on this hardship plainly because we’re one Nigerians, whatever impacts the north, east or south affects every one of us too, We must withstand the pains jointly and chore wholly to exhort the government in inferring antidotes to the loopholes”

“Originally, this predicament enlisted itself as a challenge that we could effortlessly manage, but as it struts now, the crisis is getting severe by the day becoming strenuous for our law enforcement breadth across the board”

“With that said, my suggestion; there should be a proclamation of National security emergency on areas entangled by these bandits, deploy our military personnel (in form of battalions) to scour every nooks and crannies considered a red zone from southern region down to the North. Yes! I know some people will think about mishaps that can transpire during the functional process of thwarting this peril, But the truth is it will be minimal or less to frivolity compare to tragedies we endure from their hands“

“To handle insecurity in Nigeria, we must have an overhaul in intelligence gathering as we have effectively done in the time past, why? Because this so-called bandits has a home and family they go to after inflicting chaos, even the ones immigrating has a juncture of touch. Understand me, we possess stunning minds and experts in the network to curb these issues, all we have to do is go back to our security architecture of gathering information”

“Converging jointly to strut against every unpatriotic facet contending against our nationwide peace, security and conformity must be harshly chastised. We must also compel these miscreants to discern that the government is not in consent of disbursing ransom or any form of amnesty deal to perpetrators, that peculiarity will only enrich their growth and give them more reason to inflict turmoil, We instill in them the impression that if you’re bold enough to break the law then be ready to face the consequences thereof”

“Let’s take Lagos state as a case study, see how flexible and gauging our law enforcement agencies are due to the configuration chiseled by the authority, peek at the deployment of numerous contingents of RRS across the state on patrol sporadically. Kudos to the Lagos state government for setting up a trust fund to power such mechanisms for sake of stability and tranquillity”

“We should similarly not overlook, confrontation of this manner, paramount autocrat furthermore retains a key function to fiddle in this quandary. Liaison with traditional authorities to synchronise with community vigilante group at the advantage of the state law enforcement agencies is a huge plus to procuring remedy in this situation”

“In closing, I think that we have productive and brilliant minds across Nigeria that can become the next bill gates or Mark Zuckerberg, I am also of the opinion that most of those miscreants do not relish what they’re committing to fetch confusion to our country, frustration might breathe a contribution component, moreover the depletion of decent leadership recommendation can cease them up in that miserable zone”