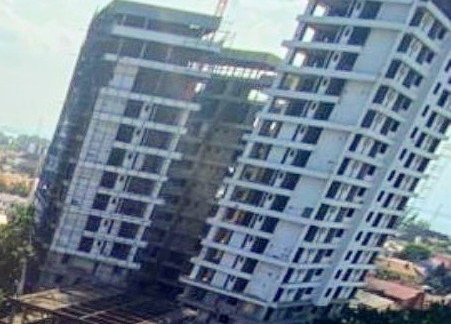 Monday, November 1, several people have been trapped under the rubble of a 21-storey building that collapsed at Musikiu Junction by Gerard Road, Ikoyi, Lagos.

The incident occurred at about 1.30 pm according to witnesses.

Officials of Lagos State Emergency Management Agency, LASEMA, are currently at the scene of the incident to salvage the lives of those trapped. According to Director General, LASEMA Dr Femi Oke-Osanyintolu, the agency has activated its emergency response plan to the above incident.

“All first responders are en route to secure the scene while the heavy-duty equipment and life detection equipment have been dispatched.”