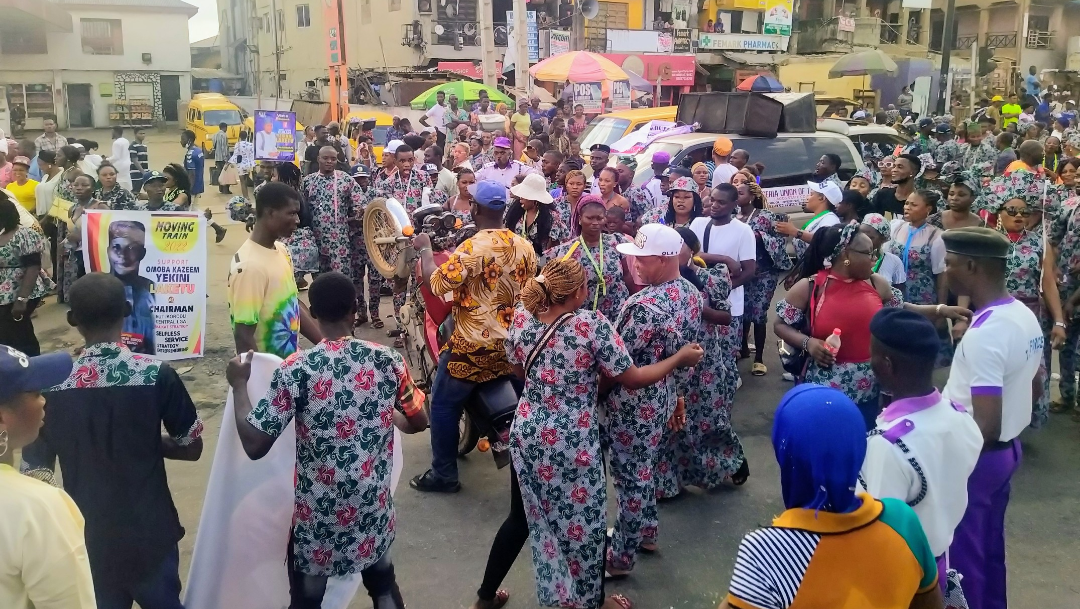 It was an icing on the pattie for Ikorodu division inhabitants as the Ayangburen of Ikorodu kingdom (Engr. Oba Kabir Adewale Shotobi) was glimpsed on the public space again as the 30th celebration of Ikorodu Oga Day flagged off on the 13th of November 2021.

With the festive mode activated across the prominent fraction of the water bed region in Lagos state, the central axis was subjected to a standstill in the earlier hours of Saturday as registered fellows of numerous associations and delighted Ikorodu onlookers wedded the procession in descant, parading to varieties of mobilised sound makers amidst the phenomenon.

As revealed by the chairman of the association (Mr Rotimi erogbogbo), the Woro spectacle displayed  cultural and traditional endowment of the region in full array as the expedition strode into the interior axis, Olubi Street, Ita-Elewa, Obun-Ale, Ita-Aro, Ejina, Itu-Moja, Alhaji Street and crescendo at the Ayangburen’s Palace.

Visibly noticed was also the unexpected appearance of Hon Babajimi Benson MHR (representing Ikorodu federal constituency) at the expedition to the utmost surprise of the people in liaison with the chairman of the association (Mr Rotimi Erogbogbo) and his cortege did penultimate stops to pay reverence to traditions and chiefs within the inner confines of the merry domain.

Showcasing the eminent and high prospect personalities including council of Obas, Local Government Executives and representatives, Market traders and transporters Media practisioners and other captains of industries across the division in attendance

The flag off in it climax, converged everyone at the palace of the ayangburen of Ikorodu kingdom where the formal declaration of the festive program was pronounced by the paramount ruler with (who subsequently prayed for a successful one-week celebration).

The chairman (Mr Rotimi Erogbogbo) later reiterated the event guide to the general populace, thereby appreciating the entire Ikorodu (including leaders and stakeholders) for firmly foretelling the annual spectacular event and turning in enormously for the ceremony.