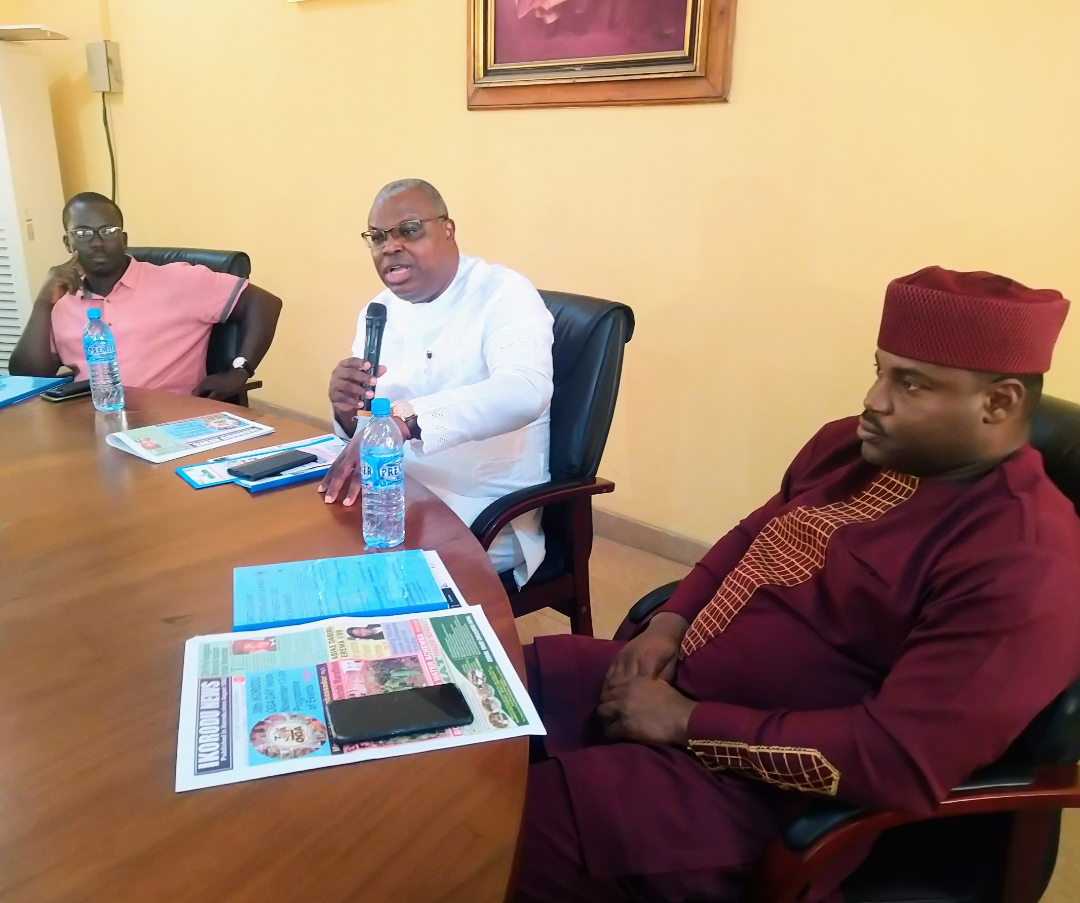 Mostly referred to as the number one bus conductor of Lagos state, Mr Tinubu spearhead the topic of discussion, discharging measures to which the waterbed region can cash in on the media to project the division as the new face of Lagos state at the gbadamosi conference room.

In his crystal presentation the MD stated, “In a democratic setting, the media is regarded as a fourth estate of the realm- serving as a watchdog to the executive, legislature and judiciary. It serves as a
catalyst for social change. Globalisation has made media become the backbone of social growth and development”

“Everything works due to the information presented by the media. It shapes societal changes according to public opinion and creates awareness deep in the public”

“In media as catalyst for development….
Globally, we are living in the information age as the Media is responsible for shaping information and conferring status on individuals and brands. It is the strapping tool of communication and connectivity. It plays an active role in social and personal life. Societies depend on mass media for growth and development”

“The media confer status on individuals, brands and society alike. The image that the media project about a state or city will determine public perception For example, the media can project Ikorodu as:

•Home of prominent Lagosians- Lawyers, Doctors, Engineers, Traders, Politicians and other professionals. •The host community for the pioneer private BRT firm in Lagos State- Primero that operates from Ikorodu to TBS. •Home of entertainers and talents like Asisat Oshoala, a Nigerian professional footballer who plays as a striker for FC Barcelona female team”

We can also look at key functions of mass media, which are: Surveillance, Correlation, Entertainment, Mobilisation, Validation and Transmission.

“When the media ascertain its moves, it sends sensational messages to titillate consumers. Mass media is a vehicle for the norms. It helps to witness the same events taking place in real-time somewhere else”

In closing the MD asserted that technology has made media even more relevant and it will take those who are willing to upgrade to stay ahead of the industry, advising residents to stay focused and avoid becoming a hindrance to the community abundance.

“The media can project both positive and negative images about society and people. The best approach is for the people living in Ikorodu to shun all social vices and embrace developmental initiatives that support growth, attract more investment to Ikorodu and positively impact the Lagos State economy”