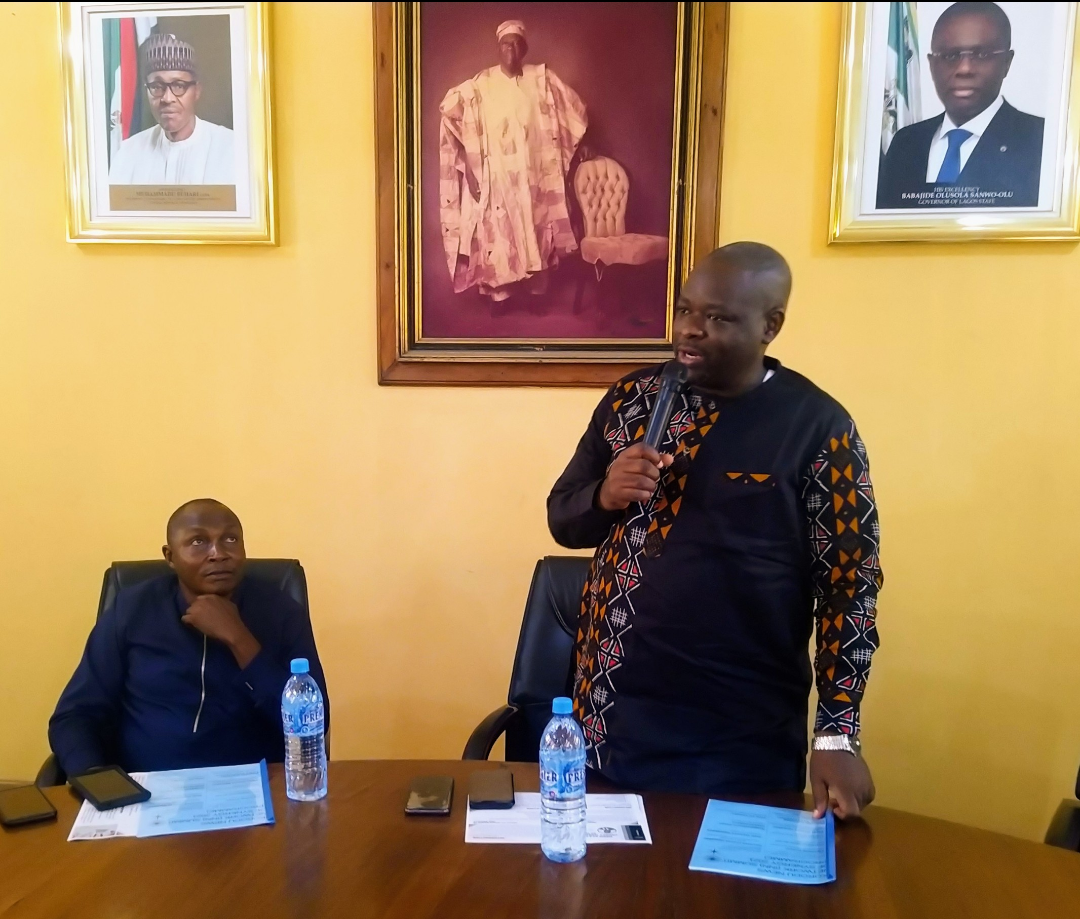 At the just-concluded Ikorodu news network (INN) summit of synergy, Bldr Olusesan daini (executive chairman Igbogbo baiyeku LCDA) made his presence felt from the get-go flaming off the symposium.

The pragmatic council boss attested to the need for media to be the touch bearer of positive news in the region providing the need for stakeholders and leaders to cater more.

The chairman in his opening speech averred (though other council boss across Ikorodu division might have different opinions) he speaks not just on behalf of Ikorodu division council bosses, but also for the 20 local government and 37 local council development areas (LCDA) of Lagos state as the state publicity secretary.

“Ikorodu division can be considered the most populated region in Lagos state, while others are saying Alimosho is bigger, my response is let’s wait till the next state census to clarify that notion. Our development is rapid without proper planning, it also implies that we’re currently receiving more people without the capacity to harbour them”

“Now in the area of criminality, it should be pointed out that some criminals would easily rent apartments in areas like surulere and buy landed properties in Ikorodu because we have accessible properties making this region a hotbed for negative seekers to dwell”

“In trying to write off the negative projection one of the areas to check is how many police stations do we have in a region of one Local Government and five LCDA’s? We also need to look at the increase in CDA’s, we have over 1,000 CDA’s under Hon Babajimi Benson while in some other constituencies in Lagos state they just have 100”

“The more we develop our communities the more we make them accessible for people to relocate into it, which is actually what we’re seeing today, but are we prepared for the people coming in? No!”

“Now to the media (who has a very critical role to play), my question is, how much do we celebrate good news over bad news?”

“WAEC result is out presently, have our media people gone to check and see who’s the best waec student in Ikorodu division? No!, most online and print newspapers crave to have access to the bad news to gain massive publicity”

“In Igbogbo baiyeku LCDA we just introduced Igbogbopedia annual competition to help encourage students in the educational sector. At first, when the proposal came, it was meant to be 50k for 1st prize, But I told them that it’s too small to celebrate our academic intellectuals when we have other events like beauty pageants where someone would simply showcase their beauty and earn more than those draining their brains to effects change in our communities”

“It simply means that we’re appreciating more people who are contributing little or nothing to grassroots development. So I insisted the first prize of Igbogbopedia competition be gifted with a week free trip to South Africa for a pan-Africa training so that when he returns he’ll have grown in experience and have the knowledge to share with his groups which will put them on a corridor to greatness (while embarking on a proficiency sharing tour over here)”

“In the process of executing the competition we saw support of $500, $300 pouring in for the winners of Igbogbopedia, my question is, apart from the paid media houses that came to cover the program, how many others are projecting this idea for Lagos and Nigeria to see what we’re doing to help education?”

“We have a lot to celebrate in Ikorodu division, But the media is placing relationships over the ethics of their job, they’re leveraging on who’s greeting me and who’s is not, who’s an indigene and who’s not over the true essence of their function. It is obvious that if the media is not placing personal interest over the neighbourhood, we’ll have more good news coming out of this region than the negative publicity we get from the mainstream media”

In addition to his remarks, the chairman also stated the need for the council chairmen to undergo training for them to comprehend reasonable means of discharging their work enactments

“Most council chairmen are trying their best to deliver, but they lack the right channel (which the media is also involved) to integrate their performances towards the public glare which makes it presents itself like they’re not performing at all“

“Am proposing training for us all to incorporate our undertakings in such a way that we can get sufficient publicity that our efforts clamour for, this will not only showcase those who are working but also encourage our people to bear with us as we continue to do more for growth and development purposes” Sesan Daini added