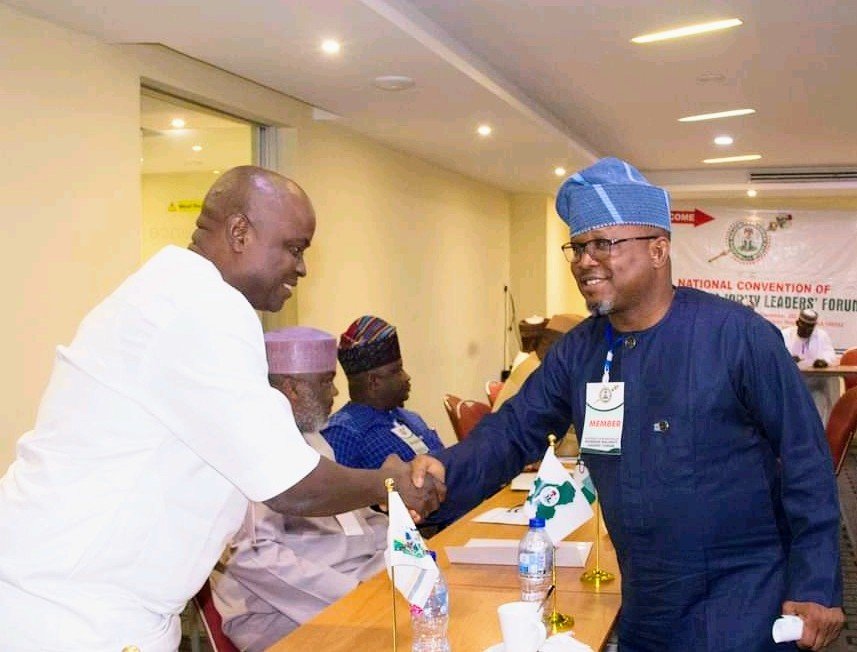 The National Officers of the Nigeria Majority Leaders’ Forum were elected on Saturday at the National Convention of the Legislative Forum in Lagos.

Speaking to newsmen on Saturday after the inauguration, the new National Publicity Secretary of the body, Hon. Olugboyega Aribisogan said that Hon. Sanai Oyeniran Agunbiade, the Majority Leader of Lagos state was elected as the National Chairman while the Majority Leader of Plateau State, Hon. Gapyil Naanlong was elected the National Secretary of the Forum.

He further said that the convention provoked together all the 36 Majority Leaders of the state Houses of Assembly to discuss national issues of Legislative importance.

We must be aware of our solidifying roles as leaders of government business in our various Assemblies. urge you to proceed to support the leadership of your state and work for the advancement of your members.

“While delivering his approval speech after the election, the new National Chairman, Hon. S.0.B Agunbiade thanked all partners for supposing him fit and proper for the exalted office and pledged that the new Executives will lead the Forum to the next level of growth and outcome.

“I pledge to be a team leader. We will not disappoint you. We shall collectively work to make the Nigeria Legislature a model for other African countries to emulate.”

Jan 24, 2022
gospel Lecture Sunday Back To The Scriptures

(SUNDAY BACK 2 THE SCRIPTURES) BISHOP DAVID OYEDEPO: GET TO KNOW WHERE YOU BELONG & SETTLE THERE ®™√ INN Nigeria©