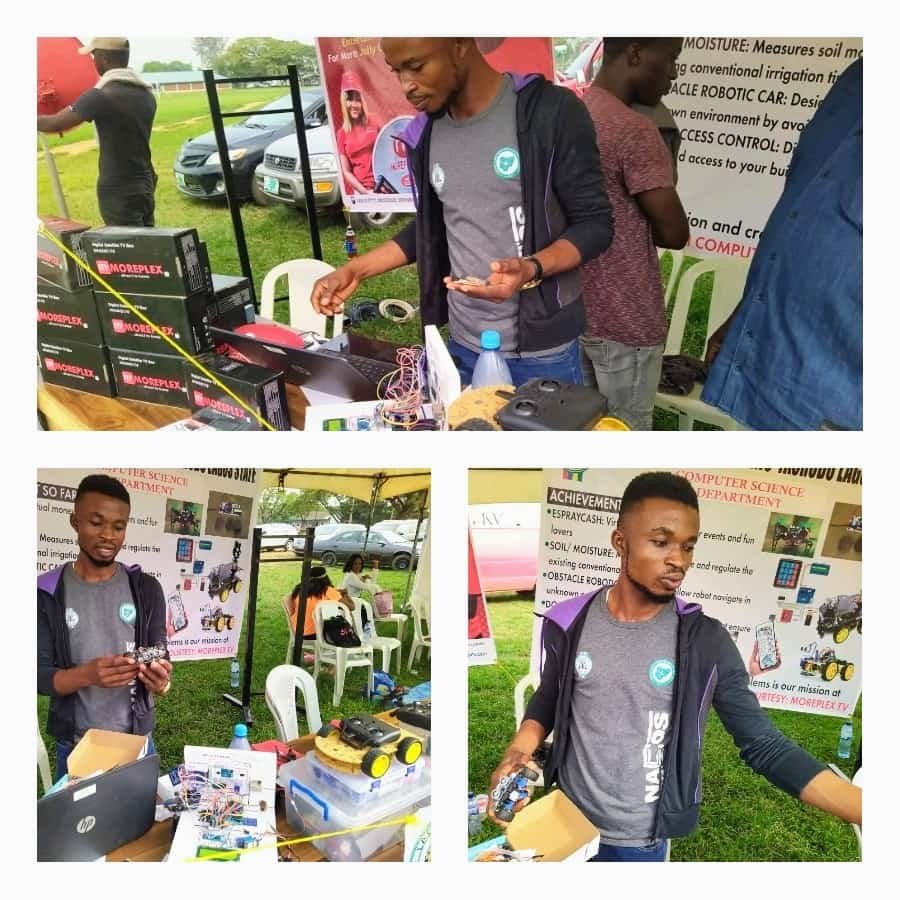 On a wow note, the ongoing exposition at Laspotech pitch surface is snatching a bigger contour as more business owners proceed to troop in on daily basis, showcasing their commodities to prospective shoppers as the commerce-oriented arrangement appetites.

The trade fair, determined to culminate on the 12th of December 2021 in a grand style has seen trifle but a genuine array of small plate businesses in the publicity spectrum fascinating varieties of buyers within and outside Ikorodu

Visiting the exhibition once again on the 8th of December, INN witnessed new fibre of attraction including factions of cultural dance troupes and drama squads occupying vendors to showcase their adolescent mastery for spectators in a bid to earn suction of stakeholders present

The outstanding one-piece allure on this extraordinary demonstration day can only be delineated to the seller of the Laspotech computer engineering department vendor’s stand at the left-wing end of the exposition footing, revealing nothing but technology to clients.

Displaying drones, joystick pads and responsive electrical mechanism buds, the tech-driven vendor disclosed to INN, depending on the intention of its user, one can obtain their device to effectively control household lights (with voice influencer), ceiling fan activation with a hand clap reaction, automatic water pump for planted crops, electric door access custody lock and other technology-driven cogs

According to Ibe Chinaza, “With the use of a simple smartcard we’ve produced, one can lock their doors without using keys, we also produce robotic errand cars that sense obstacles, attaching camera phone to drones and make it fly”

“The first thing we do is to get a gadget and then write up a computer program to control it. As a way of making an impact, we also go to schools to teach students some basic ways to get started in this area of services” Ibe Chinaza enlarged

On later, Mr Allen Olusola worded that the team pioneered an e-spray App that disburses cash support to anyone even if the object is not physically present.

“For example, there is a wedding invitation you have but couldn’t attend due to another engagement, with the e-spray cash App, you can spray the couple money from wherever you’re and they will receive the money in their bank account” Mr Allen asserted