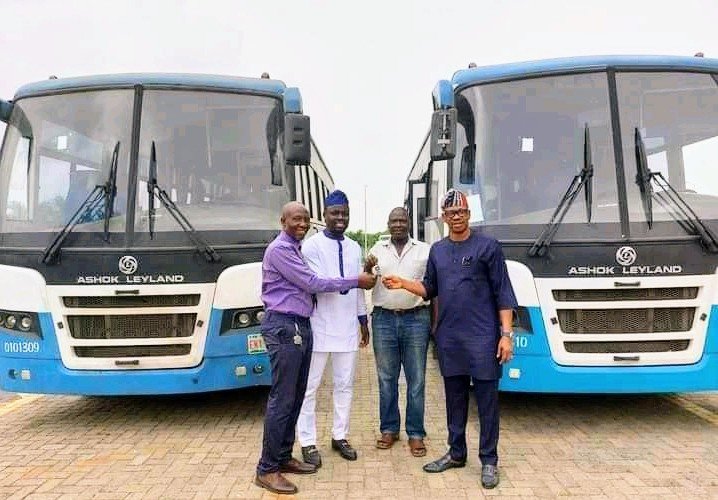 Governor Sanwo-Olu had promised to donate the buses when he opened the Students’ Arcade on Thursday, 2nd December, 2021. The two brand new buses were delivered by the government to the University Main Campus, Ojo and presented to the LASUSU President, Comrade Uthman Badmus (BADECIOUS), by the Acting Dean, Students Affairs, Dr. Tajudeen Olumoko on behalf of the university management.

The Acting Dean, in a brief comment, appreciated the Lagos State Government and the University Management for the gesture. “We appreciate the Governor for making a promise and fulfilling it. We also thank the Special Adviser on Education, Mr. Tokunbo Wahab, for helping to facilitate the process. Finally, our appreciation goes to the university management, led by our dear Vice Chancellor, Prof. Ibiyemi Olatunji-Bello for giving the students the platform to interact with the Governor.”

On his part, the LASUSU President, Badmus, on behalf of the Executives of the Union, also expressed his gratitude to the Governor and all other stakeholders who made the donation possible. He assured that the Union would put the buses to good use for the benefit of all students of the University.