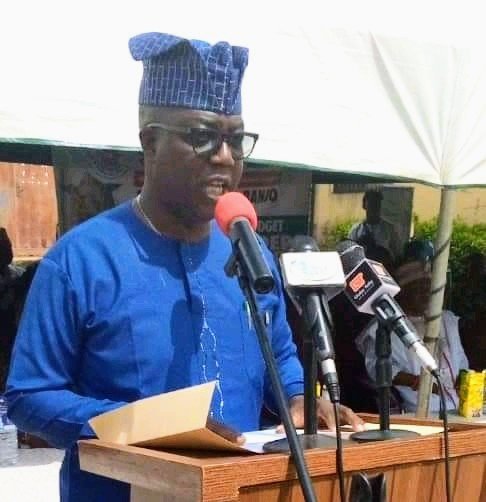 Ikorodu North was agog on the 15th of December with the rank and files of well-meaning individuals from the Council area as stakeholders forum was held, in an attempt to do justice to the preparations of the year 2022 Appropriation Bill.

The Executive Chairman, Builder Adeola Banjo express gratitude to God for the large turnout, noting that it has shown that people now understand the significance of the budget forum to the development of their communities.

He stated that bilateral discussions with stakeholders can never be underestimated in the preparation of the Budget. He demanded inputs, suggestions, ideas and opinions of stakeholders present stressing its significance in meeting up with the yearnings and aspirations of various communities in the environs.

Builder Adeola Banjo emphasized how important it is for his administration to plan appropriately in line with the needs of the people within the available liquidity profile of the Council, noting that people who are not present at the Stakeholders’ forum can also present their submission within the next few days.

While speaking on the performance of the Year 2021 budget and project executed, the builder said his administration is embarking on the grading of all bad roads in Ikorodu north at the moment with the flag off held on Tuesday at Agbede.

The Council Boss, in his closing remarks, called for continuous cooperation from people in the areas of payment of government levies and dues, just as he
advised them to make payments only into the coffers of the council using the designated bank accounts and not any individual.

Present at the event are the Eweye of Isiu, Oba David Raji, chairmen of the Local Government, the Baale of Maya Jayesinmi, All Progressives Congress (APC) Party Stalwarts, the Council Legislators, Council-Manager, Mr Abiodun Barbinton, Management team, the CDC chairman, Comrade Niran Ogunbanwo, Representatives of different organizations, Youths, Market men and women and host of several stakeholders in the LCDA.