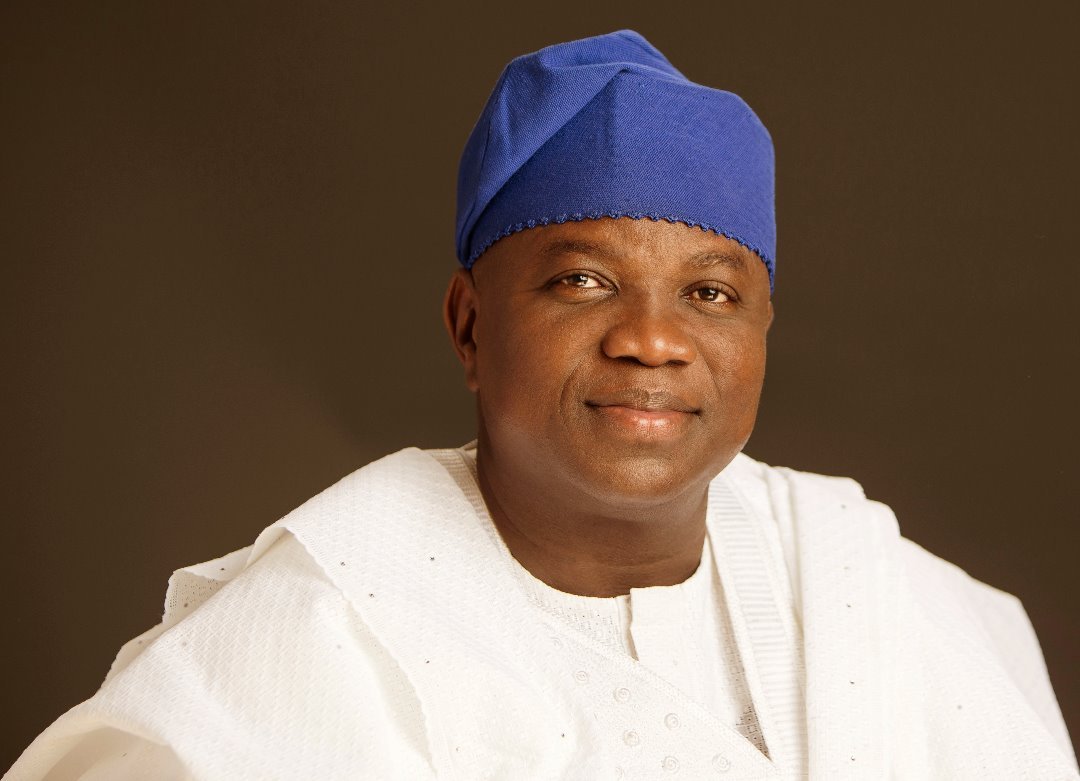 Keynote address by Mr. Akinwunmi Ambode, Former Executive Governor of Lagos State and deputy chairman of the south-west subcommittee of the contact and strategy committee of the All Progressives Congress (APC) at the Inauguration of The Southwest Zonal Executives of the Party’s youth and student council on Thursday, December 16, 2021; in Ibadan, South West Nigeria.

It is a great honour to be in this great city today – the political headquarters of South-West Nigeria- to officially inaugurate our Great party’s – All Progressives Congress Youth and Student Council South West chapter. We are also happy to see a large turnout of vibrant and energetic youths from different parts of the South West attend this occasion.

As you all know, the youths are always the driving force of every nation as regards governance, nation building, economic prosperity, innovation and technological advancement.

The United Nations in its fact sheet on
Youth, Governance and Participation – Major issues, prepared by United Nations Development Programme (UNDP) and the Focal Point on Youth, UNDESA observed that:

(i) in several regions of the world …” many youths have remained politically active through “political movements” instead of engaging with and in political parties. Young men and women who are traditionally active politically in universities (when allowed) are very often disillusioned with political leadership and political institutions and excluded from policy development. As a result, the political activism of youth is not organised according to formal groupings. (The creation of this group is bound to adequately address this situation.)

(ii) Opportunities for youth to engage in governance and participate in political and decision-making processes depend largely on the political, socioeconomic, and cultural contexts where social norms in many parts of the world result in multiple forms of discrimination (especially) against young women.

(iii) Both formal and informal engagement can be understood as political participation, and both are beneficial for a vivid and resilient democracy and should be supported. There is strong evidence that the participation of young people in formal, institutional political processes is relatively low when compared to older citizens across the globe. This challenges the representativeness of the political system and leads to the disenfranchisement of young people” which our great party is willing and will address.

It is therefore understandable that the directive – of the Governor Mai Mala Buni-led Caretaker and Extra-ordinary Convention Planning Committee (CECPC) – to set up an All Progressive Congress Youth and Student Council all over the Federation with a view to ensuring that its activities are in line with the Party’s guideline and constitution is coming at this time as we prepare for our great party’s National convention.

Effective and meaningful youth political participation has one of three attributes:

(a)it can be consultative;

(b)it can entail youth-led participation, where young people have a direct impact on decision-making within their own youth communities;

(c)finally it can involve youth collaborative participation, where young people effectively take part in regular political decision-making processes.”
These are the direction our great party is being positioned to follow by the Caretaker And Extraordinary Convention Planing Committee (CECPC.)

Our founding fathers in their youth stood up to face the challenges of their time and succeeded in putting an end to colonialism, thereby achieving independence for our great country – Nigeria. This is an historical example of the giant task our youths can surmount if they are committed to a meaningful cause.

Governance anywhere in the world would be difficult without the youth participating in grassroot, state or national politics and vying/contesting for elective positions. I want to there call on all of you to dedicate yourself more than ever before to the party and country. While the APC will continually strives to keep our youths engaged through various empowerment schemes across several sectors, we also believe that a politically active youth is filled with flourishing ideas to make Nigeria better than before.

“Nigeria is a country with diverse ethnic groups existing side-by-side, struggling for survival, identification and recognition in the country. Feelings of suspicion of one ethnic group’s domination over another become inevitable. The incessant agitation and struggle to have control of the nation’s resources remain the bone of contention and sources of threat to peaceful co-existence, national unity and national integration in the country. Thus, federalism as a system of government has been adopted as a way of ensuring peaceful coexistence in heterogeneous societies and Nigeria is no exception. Being federal implies having a system of government in which the individual states of a country have no control over their own affairs, but are controlled by central government for national decisions (Olayiwola, 2012 cited in Fakanbi and Raji, 2013). Unfortunately, peaceful coexistence is one of the fundamental factors for adopting federal system of government in Nigeria has always been confronted by a lot of challenges since the inception of the country and most of these challenges are products of ethnic politics and sentiments.”

Today I challenge you all to commence the process of finding lasting solution to our many challenges as a nation. They will not be met easily or in a short time, but if we believe – it is achievable.

Being present here today also reminds me of what my administration was able to achieve as Governor of Lagos State. I boldly say that most of our achievements were as a result of the push and ideas tapped from young Lagosians to drive the state forward.

The One Lagos Fiesta is a celebration of the culture, art and people residing in Lagos – the commercial nerve centre of Nigeria and Africa’s mega city was designed for youths and students mobilization, to promote and showcase our young and upcoming artists. This particular annual festival was very successful due to its acceptance by the young people.

A government or administration open to positive ideas will achieve more than one who totally neglects the relevance of the youths or does not create an environment where youthful ideas are expressed.
The All Progressives Congress is here today to charge you to be faithful party ambassadors in your respective communities and educational institutes.

The greatness of this nation and our party lies in your hands as you will help political leaders bring the message of progress and development nearer to the people of your community and while also relaying the feedback from your community to your leaders.

You will also be tasked to intellectually engage and convince youths in your community who have lost faith in the electoral process to take actionable steps to effect the change they desire by joining the All Progressives Congress.

As a card carrying youth member of the APC, you can aspire from the smallest to the biggest office in the land in accordance to the party’s laid down rules, maintain peace and have consideration for party supremacy, no matter your personal feelings. I have been there.

The strong commitment of our great party APC to foster youth political participation is based on several international conventions and declarations, including the Universal Declaration of Human Rights, the World Programme of Action for Youth and the Convention of the Rights of the Child in tandem with the UNDP and other UN entities advocacy.

As you commence the engagement drive in your various wards across your state, it is pertinent to reiterate that the road to national development requires the collaborative effort of young and old in the political process.

Neglecting this role for the older generation to continually set the tone will only delay the country of your dreams. I therefore charge you to join and participate in the political process as APC will definitely give you the platform to actualize your political dreams and champion the change we all desire.

Before I step down from this podium, let me borrow some inspiration (relevant to our situation as a country today) from the words of the 44th President of the USA, Barrack Hussein Obama during his inauguration in year 2009. The author of Audacity of Hope.

He said, “That we are in the midst of crisis is now well understood.  Our nation is at war against a far-reaching network of violence and hatred.  Our economy is badly weakened, a consequence of greed and irresponsibility on the part of some, but also our collective failure to make hard choices and prepare the nation for a new age.  Homes have been lost, jobs shed, businesses shuttered.  Our health care is too costly, our schools fail too many — and each day brings further evidence that the ways we use energy strengthen our adversaries and threaten our planet.
These are the indicators of crisis, subject to data and statistics.

Less measurable, but no less profound, is a sapping of confidence across our land; a nagging fear that America’s decline is inevitable, that the next generation must lower its sights.”

Jan 24, 2022
gospel Lecture Sunday Back To The Scriptures

(SUNDAY BACK 2 THE SCRIPTURES) BISHOP DAVID OYEDEPO: GET TO KNOW WHERE YOU BELONG & SETTLE THERE ®™√ INN Nigeria©