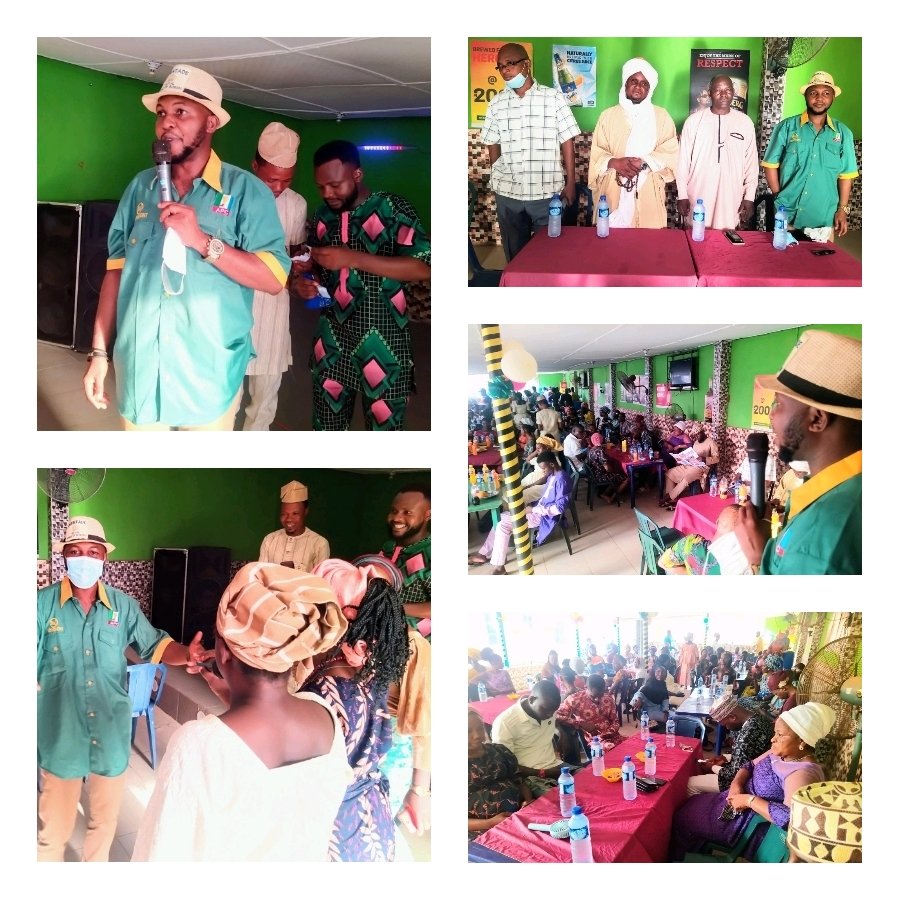 Established on the 15th of July 2021 with executives inaugurated on 6th August after an election process, is directly instrumental in facilitating employment opportunities for eligible members and youths in the educational sector, distributing financial Ileya gifts to Muslim members, Awareness for registration of voters card across the 5 political wards amongst other betterment litigations

According to the convener “Prince Adedoyin Jokotex movement is a solution provider to community challenges. We derive satisfaction in bringing optimistic results to circumstances that begets regional improvement and development”

“Today, we have seen the capacity of Senator Mukhail Adetokunbo Abiru, representing the Lagos East senatorial district, who came from the private sector to transform our communities not just only in Ikorodu division but in all district he represents. His numerous TACT initiatives on Education, Small Business Empowerment and Infrastructures is marvellously impacting beings and bestowing hope to the despondent”

“Representing Ikorodu federal constituency as a member of the house of representative, Hon Babajimi Benson has in every direction, contour and model displayed his tenacity to boast every sector across Ikorodu division, in road channelling, Light or electricity facilitation, strengthening our agricultural sector and leveraging his iCare foundation to empower the needy on consecutive basis“

On Sanwo-Olu, Prince Jokotex proceeded, “As a Governor, Mr Babajide Olusola Sanwo-Olu now referred to as Mr Infrastructure has delivered beyond expectations”

“His last two years have no doubt graced the front pages of multiple of our nation’s dailies for various reasons, one of which is his outstanding performances since his assumption of office as the Executive Governor of Lagos State. While the state is known by its catchphrase as the centre of excellence, it has also indeed shown itself as a state worthy to be emulated as it has solidified itself as a dominant state in terms of its expansion and development”

“This is why today, ahead of 2023, PAJ movement is officially declaring our unwavering support for my mentor, Asiwaju Bola Ahmed Tinubu, Our distinguished Senator Tokunbo Abiru, Hon Babajimi Benson & Mr Governor (Babajide Sanwo-Olu)”

“They are the kind of leaders we need in this country to bring the preference change we clamour for. It’s proof in their offices that they only operate with the interest of the people at heart”

“As we kick off 2022 with numerous empowerment undertakings to spearhead our vision, it’ll be a simultaneous medium for us (PAJ Movement) to rally our base at random, ensuring these leaders are {plop} returned to serve our people as their assignment crescendo” Prince Adedoyin Jokotex asserted