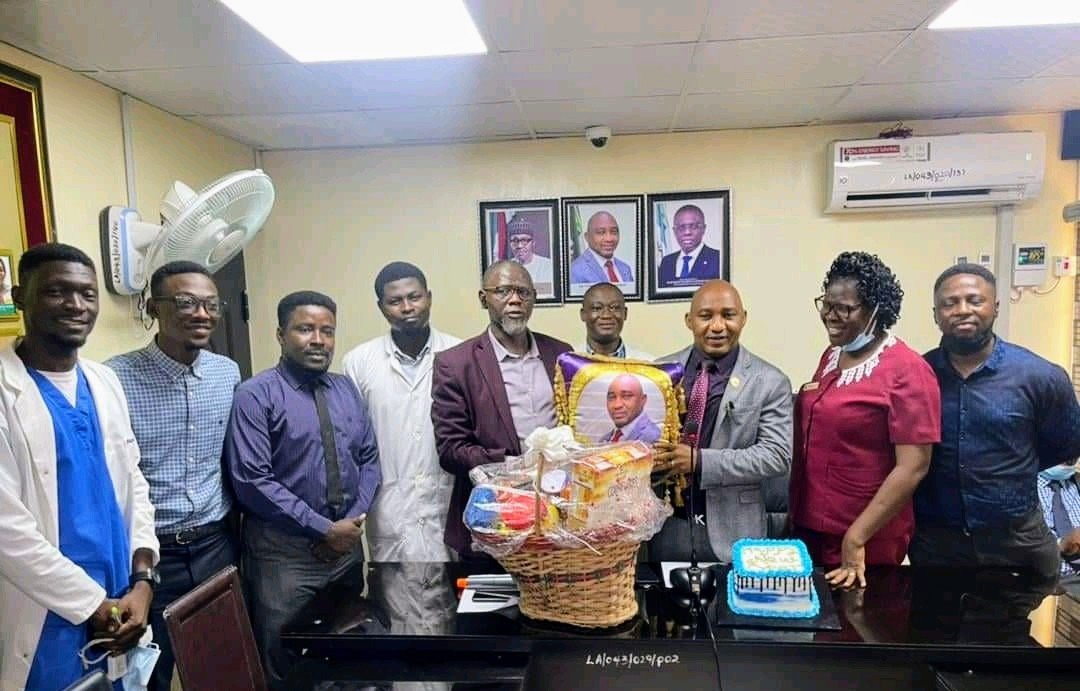 The Department of Surgery held the orientation of the newly employed House Officers and the New year party on Thursday 6th December 2022. The orientation was held to educate the new house officers on their job schedule as well as the hospital’s code of practice.

The Medical Director/CEO, Dr Taiwo Hassan, who commended the department for putting up an orientation programme for the house officers and other newly employed doctors at the hospital, enjoined the house officers to be dedicated and focused. While he advised them to be thorough with their documentation of patients treatment records, he equally counselled them to imbibe all the ethics of medical practice.

According to him, “The addition of new standards and policies in medical practice calls for continuous training. Thus, you need to learn as much as you can.” The Director, Clinical Service and Training, Dr Saliu Oseni, who congratulated the house officers for being posted to General Hospital Ikorodu, walked them through the contents of the department’s House Officers’ Log Book.

He equally disclosed that the department now has a Burns and Plastic Surgeon, which is a plus for both the hospital and the new house officers. You are especially lucky to be posted to General Hospital Ikorodu because the hospital is rapidly becoming a specialist hospital with an array of consultants being newly employed. However, be informed that there is no excuse for ignorance; thus, you should always liaise with your immediate consultant when you reach a brick wall,” he advised.

The Deputy Medical Director, Dr Olufemi Aletan, in his remark, stated that the hospital is known for setting the pace for other General Hospitals to follow. He revealed that aside from newly employing various consultants in different offices; the hospital would soon have a Renal Unit.

In his advice to the house officers, he said, The Medical Director of this hospital is moving at a very fast pace. Hence, if you don’t want to be left behind in the transformations going on in the hospital, you need to jump on the moving train.”

Other senior doctors in the surgery department, in their different remarks, disclosed that General Hospital, Ikorodu is the best opportunity the house officers could have for their housemanship because it is about the busiest among other General Hospitals in the state. Hence, the skills they would be acquired at the hospital would indeed help them in their future medical practice.