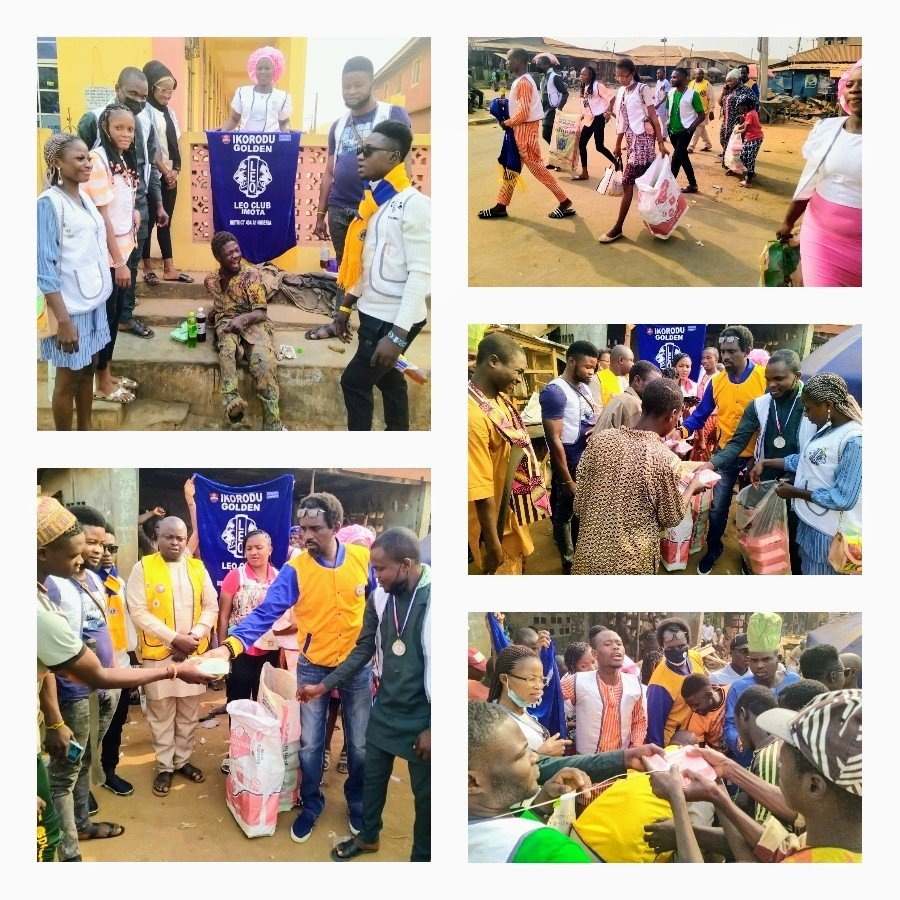 Ably led by the club’s president (Leo Benson Olusola Ezekiel), the club successfully catered for 100 residents with food packages, putting smiles on a lot of faces amidst the busy Saturday forenoon

With leaders from Ikorodu golden lions club also on the ground to encourage the generous project, the day furthermore creased as the birthday of the club’s Vice President (Leo Akinsanya Omolola Yetunde) utilizing her juncture as a criterion to recompense to the immediate neighbourhood

According Leo Omolola Yetunde, “The global pestilence we’re recouping from ravaged nations of the world, further increasing the rate of poverty and volume between the affluent and the indigent, particularly in developing countries like ours”

“As a club, we don’t have the magic wand to cure every one of poverty, neither do we have adequate reserves to feed a nation, the truth lingers that the insufficient we give will go a long way to put smiles on peoples faces, that’s why today we’re feeding our community” Leo Yetunde expanded

“This is our Feed The Hunger project, and we’re happy to touch the lives of Imota inhabitants today”

“We’re presently working towards completing a toilet project for a public school in Imota LCDA, also during today’s project execution, we found a need to return and do sanitation labour around this town, especially the gutters”

“As a club, it is part of our goal to consent our breadwinners and extend to help the needy, we profess our heart to touch the afflicted, we vow our ears to hear the cries of our neighbours, our eyes to see the plight of others and our resources to better the community” Leo Ezekiel Olusola strengthened