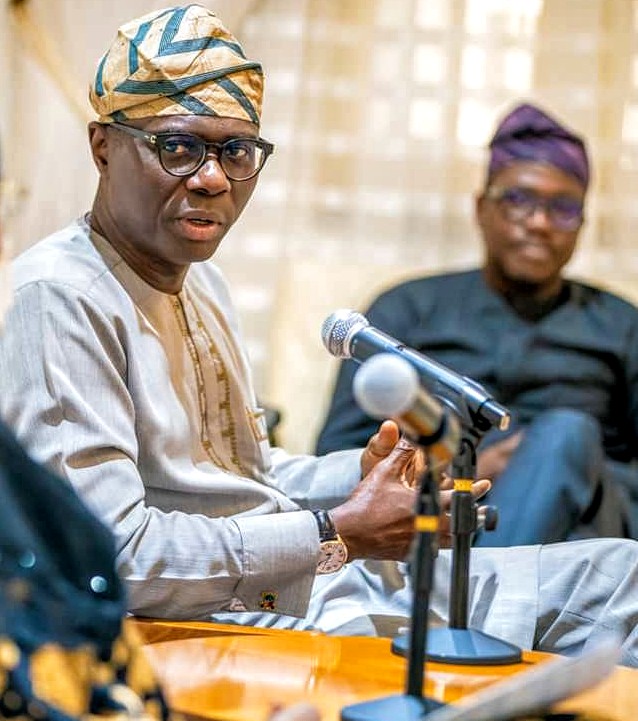 Lagos State Government, on Tuesday, introduced a bumper scheme to cushion the effect of the ongoing lockdown of the State on its residents. The new palliatives were being rolled out by Governor Babajide Sanwo-Olu less than 24 hours after President Muhammadu Buhari, in a nationwide broadcast on Monday night, extended the cessation of movement in Lagos, Ogun State and the Federal Capital Territory (FCT).

Sanwo-Olu announced the social intervention programmes during a briefing that followed Security Council meeting held at the State House in Marina, on Tuesday.

The new scheme came on the heel of the commencement of the second part of Food Stimulus Packages being distributed to 250,000 vulnerable residents since the lockdown directive came into effect.

The Governor disclosed that the State Government was moved by the need to support and ameliorate the inconvenience being experienced by vulnerable people as occasioned by the extended lockdown.

The Government is opening food kitchens in all local councils in the State with a target to provide one meal per day to 100,000 youths. Sanwo-Olu also announced unconditional cash transfer of undisclosed amount to 250,000 vulnerable residents and economically challenged persons who have identification numbers with Lagos State Residents Registration Agency (LASRRA).

Besides, the Governor granted three months moratorium to Micro, Small and Medium Enterprises (MSMEs) and entrepreneurs that got repayable loans from Lagos State Employment Trust Funds (LSETF), deferring the payment of principals and accruing interests by the loan beneficiaries.

The Governor said the new palliatives were carefully drawn out to bring succour to greater number of indigent people and those eking out living from daily wages.

He said: “Before the first set of stay-at-home directives, I announced a welfare package for the indigent and vulnerable segment of the society.  Though we encountered some hitches along the way, we have since revised the process and have now seen a mark of improvement in the distribution of the relief packages that is being carried out in a dignifying manner and in full compliance with all public health directives and guidelines.

“Today, I am pleased to announce additional palliatives for our citizens to further ameliorate the inconvenience occasioned by this extended lockdown. In the next couple of days, we will commence a daily ‘Food Kitchen’ programme with the target to feed about 100,000 people daily.  This will largely target the youths.

“We are also cleaning up our data from our various social registers to get a clean list of truly vulnerable and economically challenged persons to enable us remit some cash to them.  We aim to do these cash transfers by the end of the week to a minimum of 250,000 indigent citizens.

All the MSMEs and SMEs that took LSETF loans and got supports from other Government’s financial incentive programme will enjoy a three months moratorium. With immediate effect, I have ordered the police, LASTMA and the VIO to release all impounded vehicles arrested for minor traffic offences from the 1st of March. All these palliative measures, we believe, will further help to cushion the effect of the lack of economic activities in the State occasioned by the lockdown.”

Sanwo-Olu shared the successes recorded in the medical palliative introduced by the State Government earlier this month, disclosing that the State footed the medical bills of over 18,000 people who accessed free medical services at all 67 Grade “A” primary health and secondary healthcare centres. He added that Lagos recorded over 600 childbirths, of which the costs were free of charge.

The Governor urged for calm among residents, saying the additional 14 days extension would afford the frontline health workers to ramp up contact identification, testing, isolation and admission of suspected and confirmed cases.

Sanwo-Olu declared war on criminals taking the advantage of the lockdown to engage in armed robbery and cause unrest in boundary communities, directing the security operatives not to spare anyone caught.

The Governor disclosed that over 100 miscreants has been apprehended by the police on account of disturbance, adding that the Inspector General Police (IGP) had already deployed a Deputy Inspector General (DIG) from Abuja to lead a special force to burst criminal gangs breaching the peace in the affected communities.

He said: “As an administration, we will live up to our responsibility of ensuring the security of the lives and properties of all citizens. We will not abandon this responsibility at any time. There is no room whatsoever in Lagos for criminal gangs or miscreants of any kind. The IG of Police has deployed a Deputy Inspector General of Police, who is a seasoned crime fighter, to Lagos as our Intervention Squad Coordinator to help devise and superintend over a superior strategy to curtail and stem the perceived and actual threat of violence.

“With this revised strategy, you will see an increase in mobile police deployment in all trouble spots in the metropolis; as well as the police intensifying their patrols around residential areas, boundary communities, and other critical areas of activities during this lockdown period. I urge all residents to obey the directive in all its entirety. Let us not be found wanting. Those who insist on flouting these directives will have no one but themselves to blame.”

In the last one week, Sanwo-Olu said Lagos had started an active search for cases in communities across the State, with the aim to disrupt cases of community transmission. He observed that Lagos had witnessed a trend of community transmission in the number of recently confirmed cases, adding that the need to identify and manage cases was imperative, given the State’s population density.

He said: “It will not be unexpected for the residents to be visited by a team from the Lagos State Ministry of Health. Please give them accurate information in response to the questions they may ask, which will be related to your health and travel history. Note that they will not ask you for any money.  COVID-19 testing and treatment is free and will remain so. Do not allow anybody into your home without seeing valid identification and a letter from the Local Government Area.”