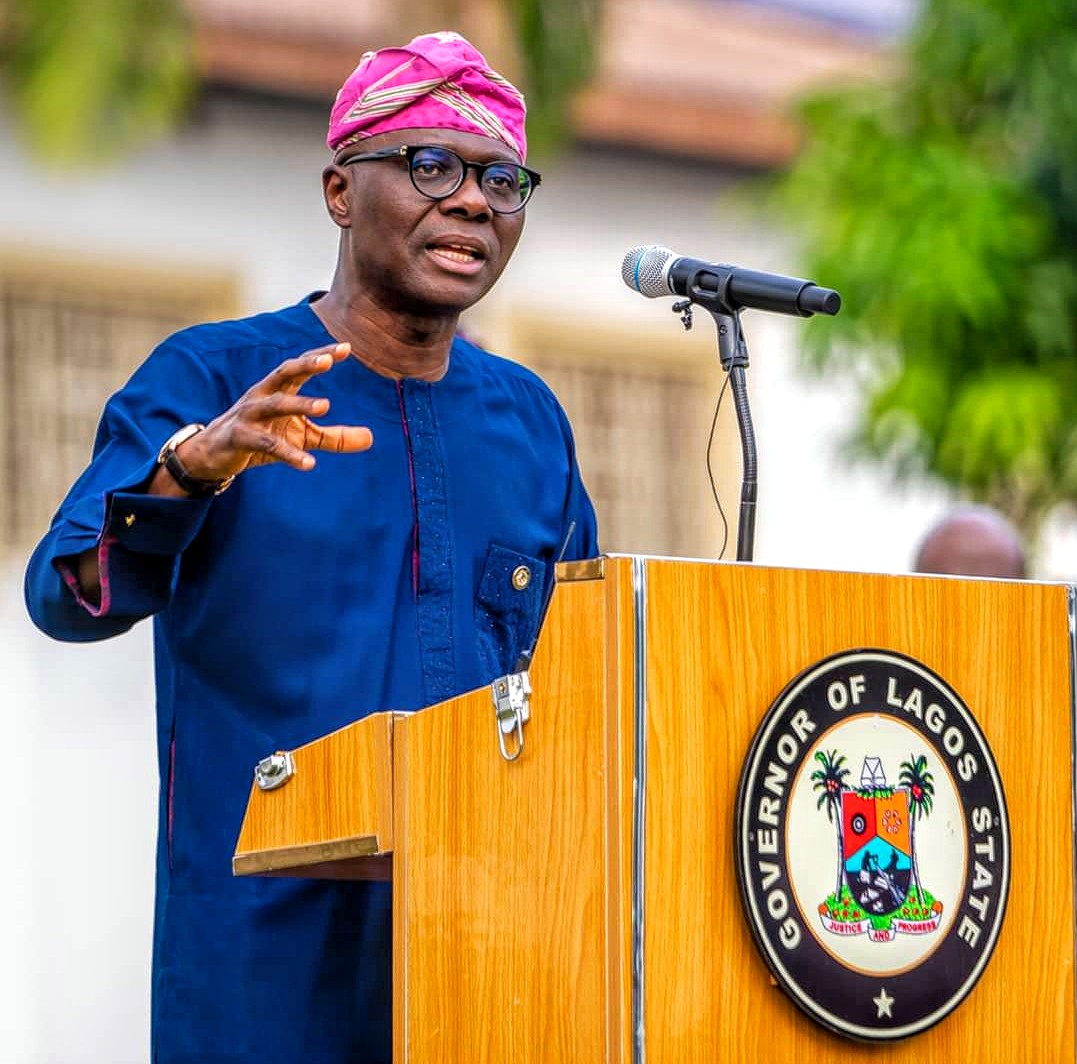 The three months moratorium on loans to Micro, Small and Medium Enterprises (MSMEs) granted by Lagos State Governor Babajide Sanwo-Olu is a reprieve of about N410 million, it was learnt yesterday.

There will be no interest payment on the N2.8billion loans given out by the Lagos State Employment Trust Funds (LSETF).

Sanwo-Olu broke the news as he annouced the State Government’s new palliatives to cushion the effect of the coronavirus pandemic on micro and medium-scale businesses.

The loan beneficiaries, who cut across various sectors of the economy, now have their repayment of principal and accruing interest deferred.

Announcing the relief, the Governor said: “We are supporting small businesses. At LSETF, we have 1,170 SMEs and 2,160 Micro Enterprises across sectors in Agriculture, Education, Information Technology, Food Processing, Transport etc with total outstanding loan balance of over N2.8 billion. We are granting a three months moratorium on principal and interest worth over N410 million. This will go a long way to reduce the pressure on these businesses as a result of the economy freeze occasioned by COVID-19.”

Sanwo-Olu said the State would be providing a free meal to 100,000 young people across communities in Lagos on a daily basis. The daily feeding scheme, Sanwo-Olu said, would be decentralised, with each local council having its food kitchen domiciled at a pre-arranged location agreed upon by residents. The Governor also said residents of each local council would know the food vendors to be engaged by the Government for the feeding programme.

Besides, Gov. Sanwo-Olu said additional 250,000 vulnerable persons already identified in social registers of the Lagos State Residents Registration Agency (LASRRA) would be getting conditional cash transfer as a form of support for them in the period of the lockdown. The beneficiaries, he said, will not be part of the people that had already got relief food packages from the Government in previous weeks.

The Governor said the new palliatives were carefully drawn out to bring succour to greater number of residents eking out living from daily wages. He disclosed that the State met its set target of reaching out to 200,000 households in the first segment of the Food Stimulus Package coordinated by the Ministry of Agriculture and Community Development Associations (CDAs), pointing out that the State Government still had a large cache of food items in its warehouse to be shared among various segments of the residents.

Those that will benefit from the new stimulus food distribution, Sanwo-Olu said, will include religious bodies, traditional worshippers, ethnic groups, political parties’ members, artisans and members of tertiary institutions within the State.

He said: “We have been able to meet the 200,00 households that we planned for in the first segment of the Food Stimulus Package programme, and we still have a large quantity of food items in our procurement and warehouses. In this regard, we have identified various stakeholders that we will be giving these palliatives to in large quantity.

“We will now be sending these relief items to religious bodies, all tertiary institutions in Lagos, associations of all ethnic nationalities that are resident in Lagos, dwellers of riverine communities and various groups of artisans. We will also be sending food items to members of the main opposition political party and those of other political parties operating in Lagos. We will be sending food packages to women groups, youth organisations and market traders.”

On why the Government took the decision to feed 100,000 youths, Sanwo-Olu said the ‘Food Kitchen’ scheme was the response to the growing complaint of hunger by young people in the period of lockdown. The Governor said the initiative was an incentive to prevent the youth from taking to crime, using hunger as alibi. The food, he said, will be served one time per day, pointing out that it was Government’s way of support the young people in the emergency period.

He said: “I am pleased to announce additional palliatives for our citizens to further ameliorate the inconvenience occasioned by this extended lockdown. In the next couple of days, we will commence a daily ‘Food Kitchen’ programme with the target to feed about 100,000 people daily.  This will largely target the youths. We are identifying local food vendors who will pilot this programme and ensure that the process of cooking and serving of the meals adhere strictly to public health guidelines.”

Explaining why Lagos is embarking on the conditional cash transfer scheme, the Governor said: “A large population of our citizens depends on daily wages, which have been greatly affected by the restrictive order. This financial palliative is introduced to support some of these people.We have started cleaning up our data from our various social registers to get a list of truly vulnerable citizens and economically challenged persons to enable us remit some cash to them.  We aim to do these cash transfers by the end of the week to a minimum of 250,000 indigent citizens.”