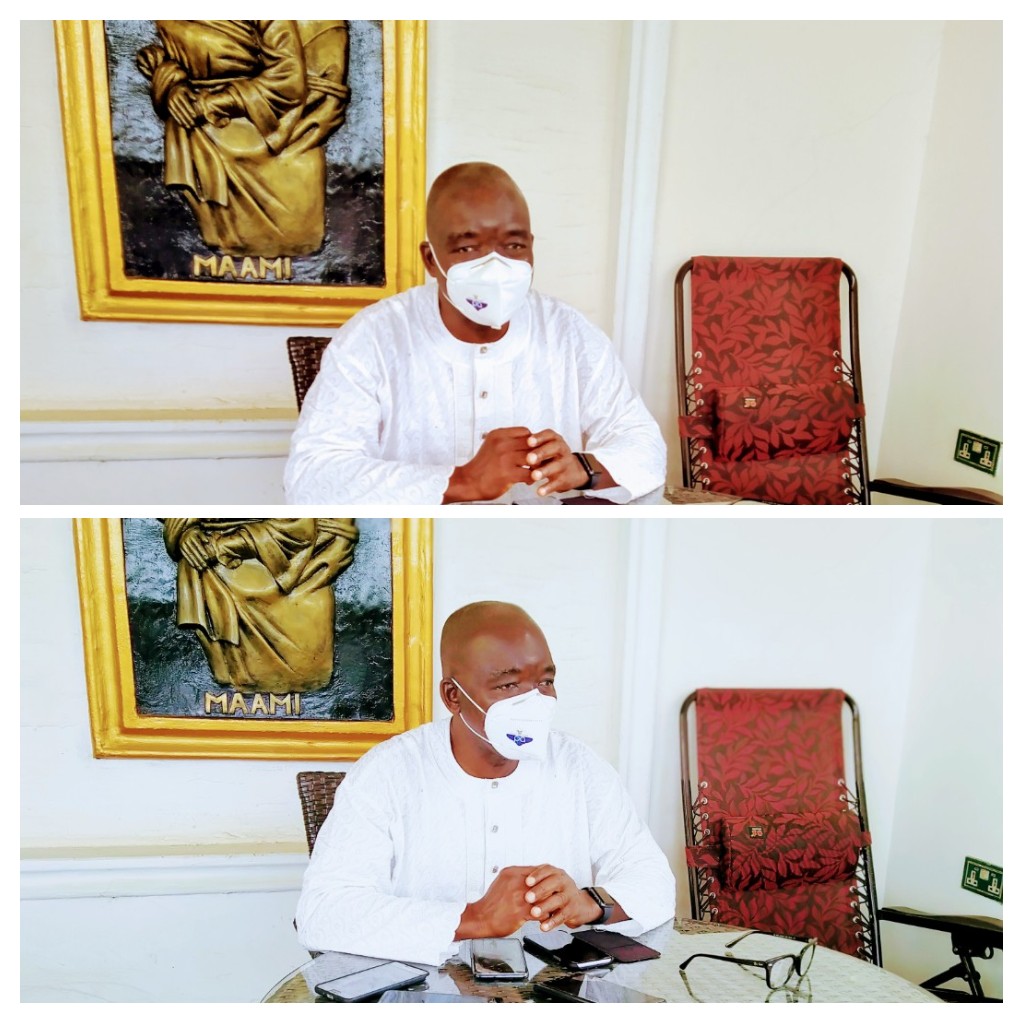 The declaration which was made On Tuesday, 28th Of July, 2020 during a media parley is in preparation for the bye-election coming up in few weeks in the district.

Asipa Kaoli Olusanya explained that after several consultations with the party leaders in the state, he has decided to run in the race for the sole aim of general development in the Lagos east senatorial district.

He made it known that Lagos east senatorial district needs a better representation and should greatly benefit from human development, Youth Development, capacity building, to mention a few, hence, the need for his aspiration.

Kaoli, being an academician and the Chief learning officer of Kith and Kin International college, made it known that Education has always been a priority to him and is the only way not to build an army of cultists, therefore, one of the offer He is bringing to the table is quality education.

‘We have lost society value because of education, we need to rebuild that. With good representation, engagement with power and trust, we will get things done.

If I eventually get the ticket and win the election, I will ensure that lives are impacted, everyone will be beneficiary of the many routes through which Intend to improve development in the district.

I remember calling the sixteen chairmen of local government in Lagos east, I asked them to check schools that are not conducive for learning and take pictures of them.

After that was done, We made a brochure out of it, I submitted it to the Party chairman, for delivery to the governor because we need to get better education here, without education, we are raising armies of cultists.

The governor has set up a task force to look into it and if I get to the seat, the first thing I will do is pick those bad schools and rebuild them”

Also, he promised to run an inclusive government that will be transparent and accessible.

“I intend to run an inclusive government. The people Will have access to their representative and I will also ensure to give an account of stewardship through town hall meetings periodically”

‘Asiwaju is my all time great leader and I will forever be loyal to him’ ,he added.

Similarly, Chief Kaoli Olatunji Olusanya urged his followers not to be aggressive in their support for him because his message is of peace, reconciliation, unity in order to strengthen the party.

‘’My message is of peace, reconciliation, understanding. I will not charge any of my followers to support me by engaging anybody negatively, by confrontation, rather, educate people, inform people with humility , and let us evaluate everyone by who they are and what they have done’’

No doubt, one of Kaoli’s achievements as a party leader has always been unification and reconciliation, and of course, His ambition is still channeled towards same.

Meanwhile, it is worthy of being noted that the Lagos east senate seat was made vacant after the demise of Bayo Osinowo ‘Pepperito’ who represented the district. Chief Kaoli, according to information was a staunch supporter of the late senator. He described him as a faithful party leader till his death

‘Bayo Osinowo was faithful, was very religious and loyal to the party. I was part of those who supported his emergence as senator and I don’t regret it for once, I see in him selflessness, philosopher, he spends his resources carelessly to the needy, if he receives 10 phone calls, 9 of them are from those who need help. I saw in him someone who can create opportunities to build people’