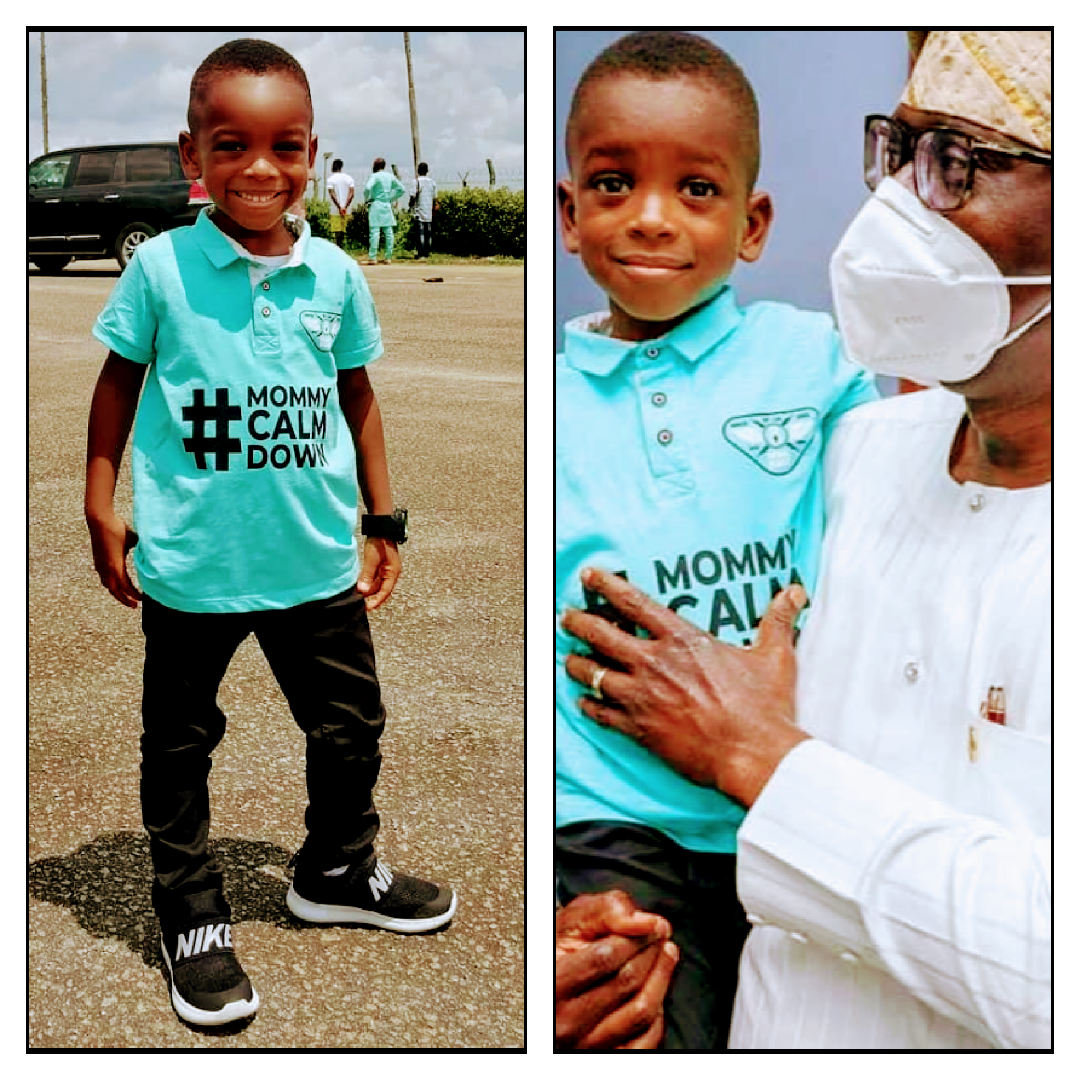 Babajide Sanwo-Olu, Lagos governor, has fulfilled his promise to meet with Oreofeoluwa Lawal-Babalola, a little boy who inspired the viral “mummy calm down” video.

The governor met with the 4-year-old boy alongside his family at his office on Saturday.

Oreofeoluwa had become an instant sensation on social media platforms after a video went viral of him in tears from his mum’s scolding while confidently telling her to “calm down” and give him a “last chance”.

The video had attracted the governor’s attention and he requested to meet the little boy.

It had also inspired Sanwo-Olu’s Eid-el-Kabir message to Muslim faithfuls and inhabitants of the state wherein he urged them to maintain calm amid the COVID-19 crisis.

“The exchange was indeed funny, but it depicts the efforts parents put in moulding children into responsible adults. I want to assume that his mom indeed calmed down because the appeal was moving enough to make anyone change their mind,” he had said.

Sanwo-Olu had also said that he would be acquiring exclusive rights to “calm down” as a catchphrase.

Oreofeoluwa further left tongues wagging on social media recently after he said he would love to be a police officer to fight corruption during an interview.

“I want to be a police officer to fight corruption,” he had said.