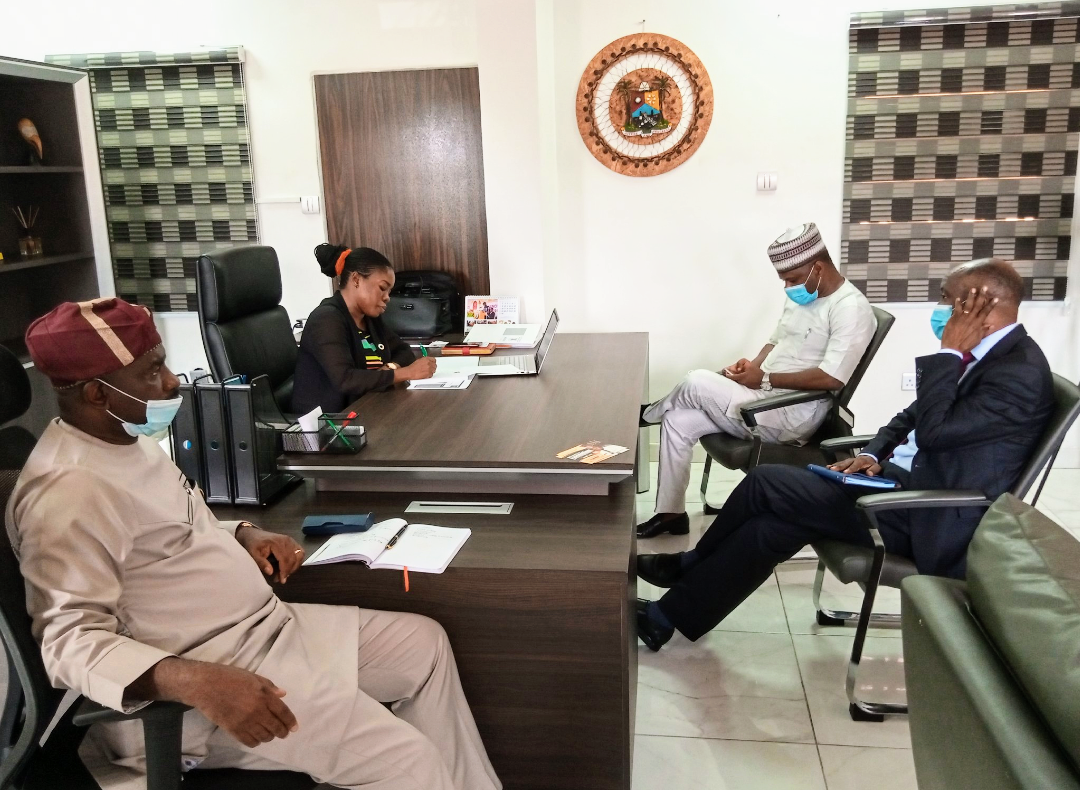 The Honourable Commissioner for Agriculture, Ms. Abisola Olusanya also led the Representative of Food and Agriculture Organization (FAO) to Nigeria and the ECOWAS, Mr. Fred Kafeero on a courtesy call to the Office of the Deputy Governor, Lagos State, Dr. Obafemi Hamzat to discuss plans to create a master plan on sustaining the Coconut industry in Lagos State and the Agriculture sector as a whole.