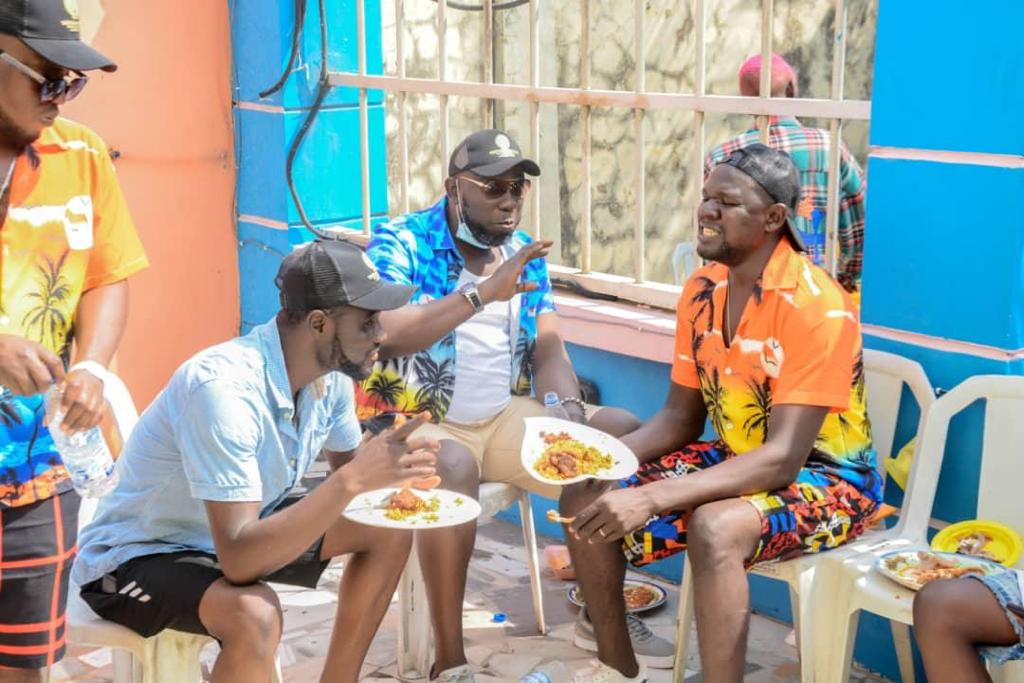 Tortuga Frigate Ikorodu which is notably known as an association of young Vibrant Youths whose main aim and objective is to support Community Development marked it’s end of year family love fest in a grand style.

The event which took place at the Barracuda Beach Lekki-Lagos played host to the entire Families, friends and well wishers Of the Tortuga Frigate Association converging by the beach side on the 27th of December 2020.

It featured Raffle Draws, Gifts & Award Presentation plus Couple Dance Special as Families came out with beach like atires to unify it’s membership and uniqueness of the family get together Celebration.

At the high point of the event 10 members were selected to pick at random for a special raffle draws which winners of items like Bread Toaster, Blenders, Electric Heater and other kitchen Utensils was presented to wives of the respective members.

Children were not left out as Books, Dairies, Story Journals & School items where also Distributed to all the children present at the event.

“We have put this event together to Specially Appreciate our wives, Who have not flinched on us during the course of a stress filled year, They’ve kept our homes safe and our children sound. They’re the reason we’re making this Celebration very elaborate” Comrade Olalekan Pelumi (Chairman Tortuga Frigate Ikorodu)

“As we make this program memorable, It is also important for everyone to keep in mind our core objectives which is to positively impact the lives of people in our communities”

“We are not associated with social vices whatsoever, our aim is to ensure adequate security is projected and a better life is enhanced through our yearly course”

There after special awards were presented to Committed members of the Association.

AWARD FOR DEDICATION FOR SAIL

“It is on this note I will also like to thank all our dedicated and committed members for their fervent Contributions and stewardship to the progress of this Association, You have all made my leadership worth it and I couldn’t have attained this level of success without your support” Comrade Pelumi Added.

List of items provided by Mrs. Monsurat Olaibo Pelumi (Chairman’s Wife) that was distributed on a raffle for Tortugarians wife’s

Names of other Frigate Chairmen, Members and HQ Representative that attended the party and presented awards