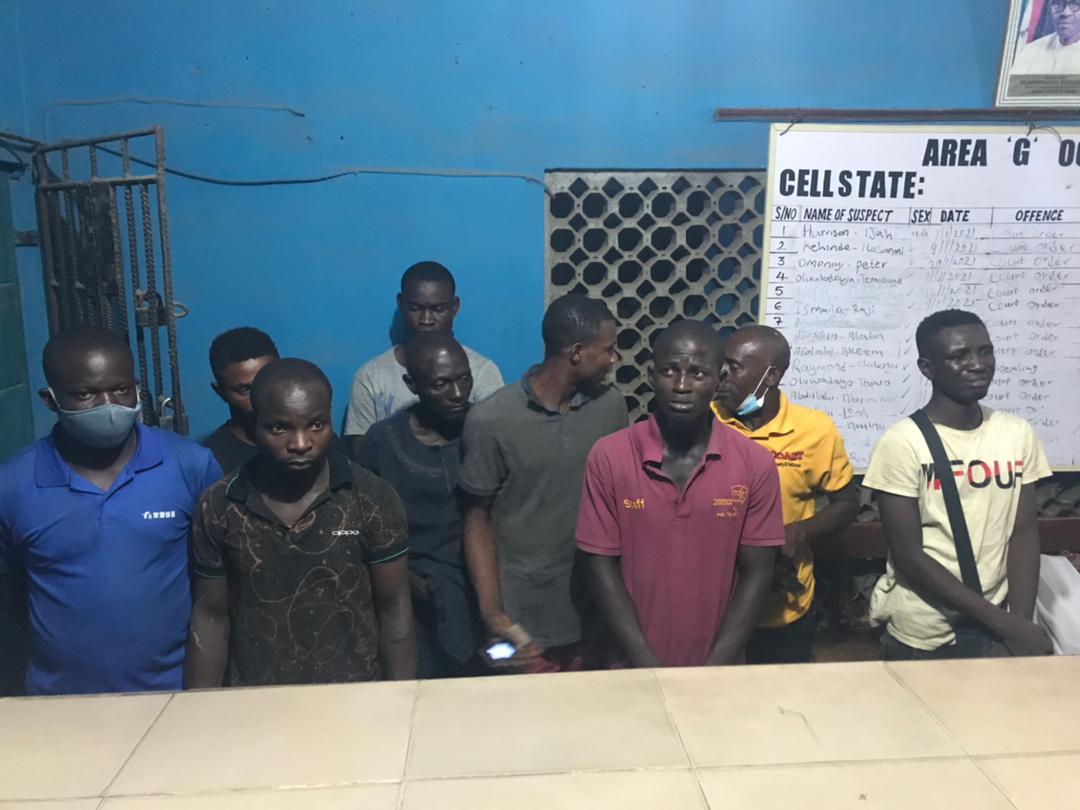 Sequel to the commitment of the Commissioner of Police, Lagos State, CP Hakeem Odumosu, to continually take anti crime fight to the dens of criminals and miscreants in the state, the Police Command has arrested twenty seven (27) suspects in a planned raid of different blackspots in the Lagos metropolis between the late hours of Thursday 4th and early hours of Friday 5th February, 2021.

The arrest was carried out by the operatives of the RRS being a follow up to the directive of the Commissioner of Police to the Commander, Rapid Response Squad (RRS), CSP Olayinka Egbeyemi, to place certain spots under surveillance and dislodge the criminals hibernating in the spots especially at Ikeja, Agege and Alimosho areas of Lagos State.

CP Hakeem Odumosu noted that the command will continue to intensify efforts to reduce incidences of traffic robbery, cultism and other social vices within the state, to their barest minimum.

While commending the operatives for the successful operation, CP Hakeem Odumosu advised parents and guardians to monitor their children and wards on the company they keep as cultism and traffic robbery remain unpardonable crimes which will not be overlooked or spared as they attract stringent punishments in the law.