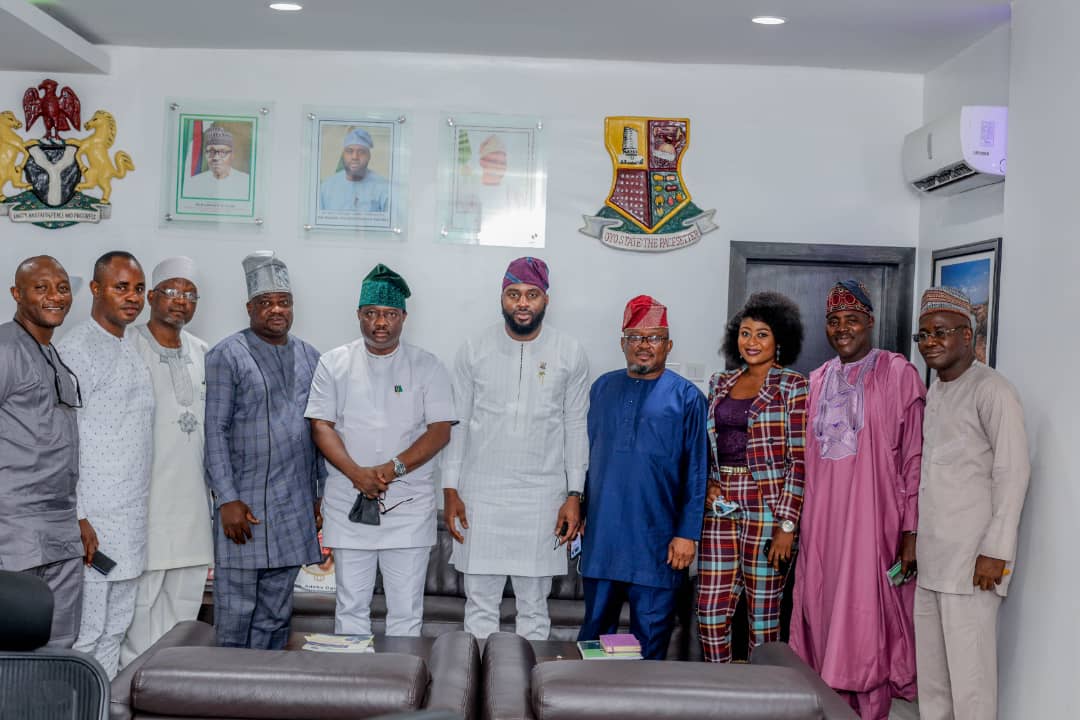 Majority leaders of the South West States of Nigeria under the auspice of the South West Legislative Reform Implementation Committee (SLRIC), inaugurated by South West speakers and led by SOB Agunbaide as Chairman, have been meeting with the leadership and members of the State assemblies in Yorubaland to further find ways of synergizing the processes of lawmaking in the region as part of the efforts to restructure and better governance in the southwest.

The team was at the Oyo state House of Assembly for comparative evaluation of compliance of South West Houses of Assembly with the harmonised rules and standing Orders recently put in place and now in use across the houses of Assembly in the South West. At the parley were Agunbiade S.O.B, the Speaker of Oyo State house of Assembly, the Chairman of the parliamentry caucus of Oyo state, followed by the Majority leader Oyo state Assembly, Majority Leader, Osun state Assembly, Majoriry leader Ondo state Assembly, Majority Leader Ekiti State and secretariat staff of LSRIC, as well as the representative of the Tecnical Partner (PERL) to SLRIC. Agunbiade appreciated the commitment of the leadership of the Assembly to the harmonisation process and urged all legislatures in the zone to continue to support efforts towards restructuring the processes of lawmaking in the region.

The team also met with the Speaker state of osun House of Assembly to discuss the applications of the new processes. Speaking after the meetings, Hon. Agunbiade expressed confidence that the ongoing harmonisation will be in the interest of the people of the southwest. According to him, the leaderships of the legislatures in the region are taking the cooperation very seriously and working hard to deepen harmonisation in the zone.

The visitations, it was learnt, were also.meant to assess compliance of the various legislatures, with constituency engagement meetings, as provided in the rules, and how it has impacted on the constituents/ representatives relationship as well as facilitated dividends of democracy for the people, particularly in the area of infrastructural developments.

The committee’s trip, according to Agunbiade, is continuous, as other states will be covered in the weeks ahead.