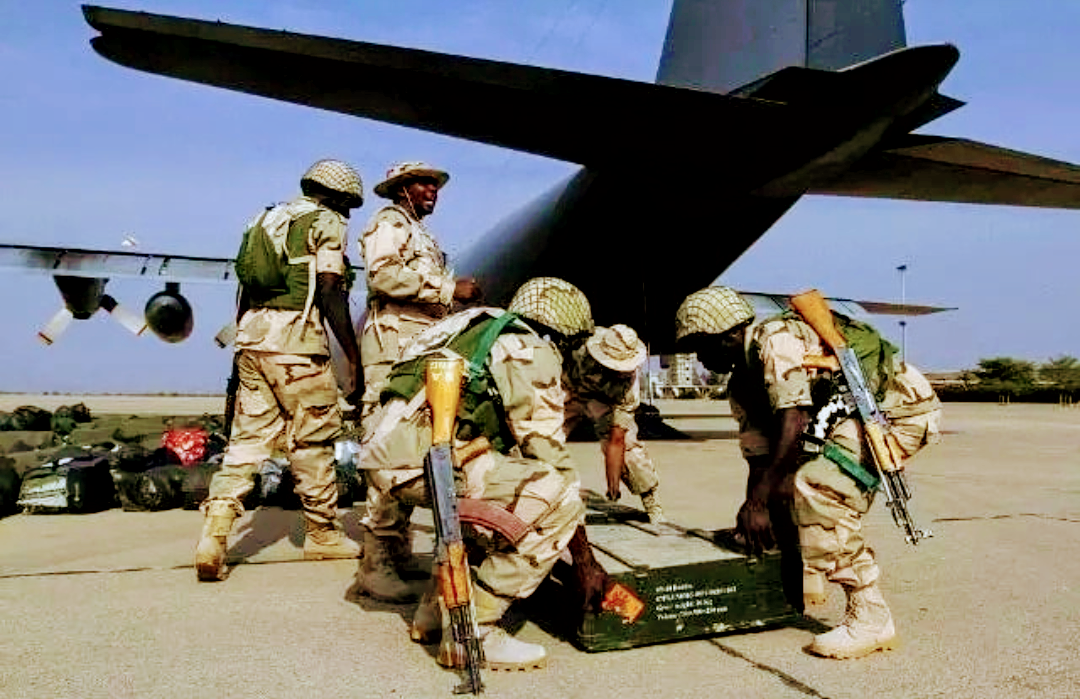 In continuation of the air offensive against terrorist elements in the North East of the country, the Air Task Force of Operation LAFIYA DOLE, has eliminated scores of Islamic State of West Africa Province (ISWAP) fighters and destroyed compounds housing them at Tongule in the Lake Chad area of Northern Borno.

Accordingly, following confirmatory Intelligence, Surveillance and Reconnaissance (ISR) missions, which showed presence of a sizable number of the ISWAP elements at designated locations in the settlement, the Air Task Force dispatched a force package of Nigerian Air Force (NAF) fighter jets to attack the location.

The NAF Jets took turns in engaging the location scoring devastating hits on the designated targets leading to the destruction of the structures as well as the neutralization of several ISWAP fighters.

The Chief of the Air Staff, Air Marshal Sadique Abubakar, commends the Air Task Force for their dedication and professionalism and urges them to intensify the air offensive against the terrorists and all other criminal elements in the country.