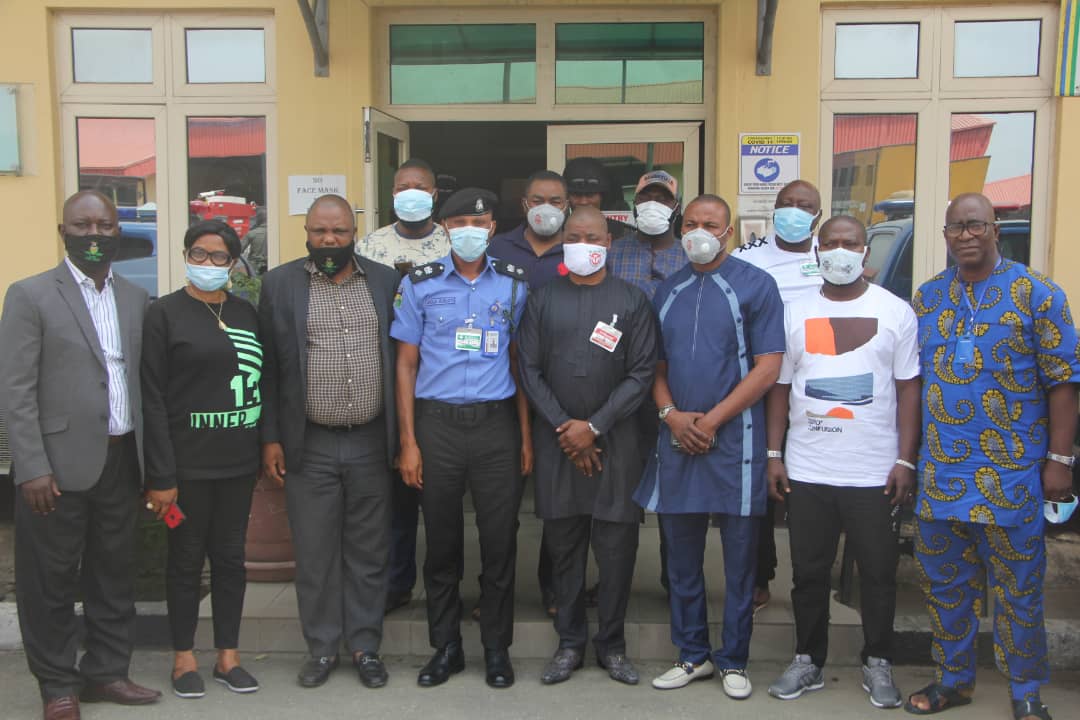 The operatives of the Lagos State Environmental and Special Offences (Enforcement) Unit (Taskforce) is set to collaborate with the National Union of Road Transport Workers (NURTW), Lagos State Branch, in enforcing the Lagos State Transport Sector Reform Law 2018 as amended.

Chairman of the Agency, CSP Shola Jejeloye, disclosed this while welcoming the executive members of the NURTW (Lagos Branch), led by its Chairman, Alhaji Musiliu Akinsanya (a.k.a MC Oluomo), during a courtesy visit to the Agency.

CSP Jejeloye stated further that it is pertinent for the Union to educate their members in different dialects on the need to comply with the State Traffic Regulations, stressing that the operatives would not tolerate excesses of commercial bus drivers whose illegal activities cause traffic gridlock to other road users by loading or off-loading of passengers at undesignated bus stops across the State.

He said, “We must all work together to checkmate the recalcitrant commercial bus drivers among them, causing unnecessary obstructions on Lagos roads, as well as those driving on BRT corridors and plying the one-way road in flagrant disobedience to the Lagos Traffic Law”.

The Chairman averred that the Government would not condone the killing of innocent members of the public by commercial bus drivers trying to evade arrest from the law enforcement officers after contravening the stipulated rules and regulations on the roads.

He, therefore, urged the delegation to support the government in screening out the criminally-minded drivers, especially those who use their commercial vehicles to rob innocent members of the public, an act which is popularly referred to as ‘One- Chance’.

While imploring the team to compel their members to always make use of garages provided by the government and desist from using illegal bus-stops, roadsides and drainage alignments as loading points across the State, CSP Jejeloye said the Lagos State Commissioner of Police, CP Hakeem Odumosu, has directed that any arrested traffic offenders would be charged to court and prosecuted to the full extent of the law.

Earlier in his address, the Chairman of the National Union of Road Transport Workers (Lagos Branch), Mr. Musiliu Oluomo (a.k.a MC Oluomo) requested the collaboration of the Agency in the enforcement of the State Traffic Law.